When Ken arrived, he was surprised to see former neighbour and old friend Norris Cole was living there along with his fiancée Freda Burgess. 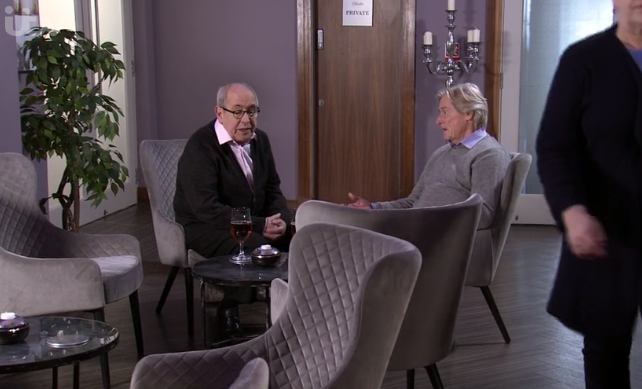 Although Stillwaters appears to be a luxurious place to live with plenty of groups, classes and facilities to keep residents entertained, Norris soon told Ken the truth about what's been going on.

He explained Charles is the Chairman of the Residents' Association and Ken soon learned the hard way that Charles isn't a very nice man.

In last week's Corrie episodes, Ken smuggled his dog Eccles into the house after finding out she was going to be left alone at home. 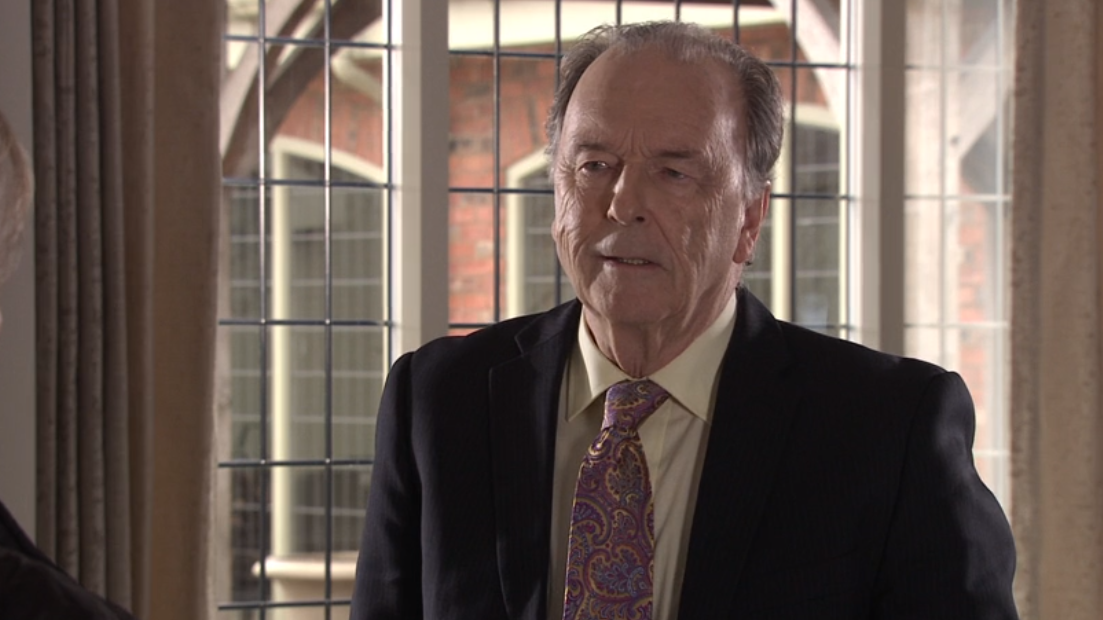 Charles has proved to not be a nice man (Credit: ITV)

As pets aren't allowed at Stillwaters, Ken tried his best to keep his visitor a secret. However the pooch went to the toilet on one of the hallway carpets, leaving a slight urine stain.

When Charles found out about Ken's visitor, he fined him £200 so they could have the carpet professionally cleaned.

Viewers haven't taken too kindly to newcomer Charles and one has even said he's worse than abusive Geoff!

#Corrie Compared to Charles, I think Geoff is alright.

They’re both irritating and self important little men. Wake up Yasmeen!!

This Charles fella reminds me of Mike Baldwin. Smug and arrogant. #Corrie

Ken’s being taken for a ride at Still Waters. Hope he can team up with Norris to take on Charles! #Corrie

On a Digital Spy forum, one fan commented: "There's this chap Charles who seems to think that he rules the roost like a lord of the manor, to the point that what the residents can and cannot do is more or less down to his say-so.

"Charles's high-handed approach, with Ken over Eccles having a little pee on the corridor carpet was beyond the pale."

Another agreed: "Charles is a stuck-up [bleep]."

"Surely there's management at Stillwaters?" queries someone else. "I can't see why Charles should be the big boss."

In Monday's episode (March 30), Ken discovered one of the Stillwaters cleaners was scrubbing the dog urine out of the carpet.

Later, Norris explained there are rules but no one seems to know what they are. 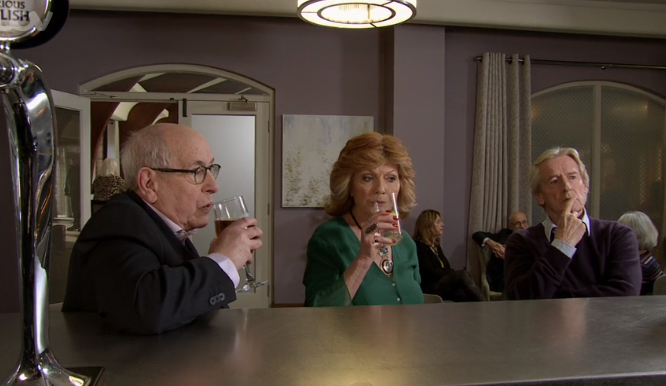 Norris revealed he thinks Charles makes them up as he goes along and that the money is meant to be going into a maintenance fund.

But no one has seen evidence of it and service charges keep rising.

Compared to Charles, I think Geoff is alright.

Is Charles robbing residents and using the money for himself?

What happens next between Charles and Ken?

This week, Ken asks Charles to see a copy of the residents' handbook. 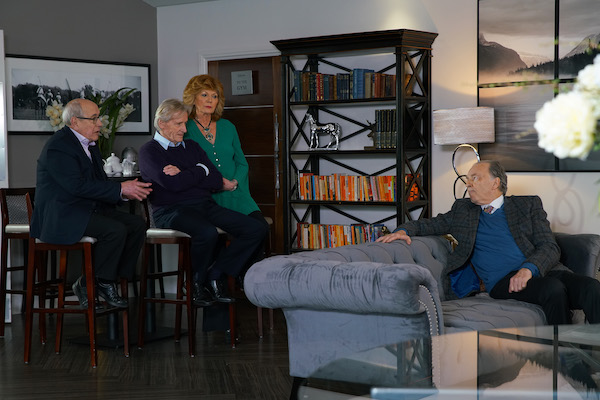 Read More: When will Geoff be eposed in Coronation Street? Fans want him to get his comeuppance

However, Charles makes out they're waiting for a new edition to be printed.

Not believing him, Ken suggests it's time the Residents' Chair is put up for re-election.

How will Charles react?

Coronation Street's scheduling pattern will be changing due to the coronavirus pandemic.

Episodes will air on Monday, Wednesday and Friday at 7.30pm from Monday 30th March. 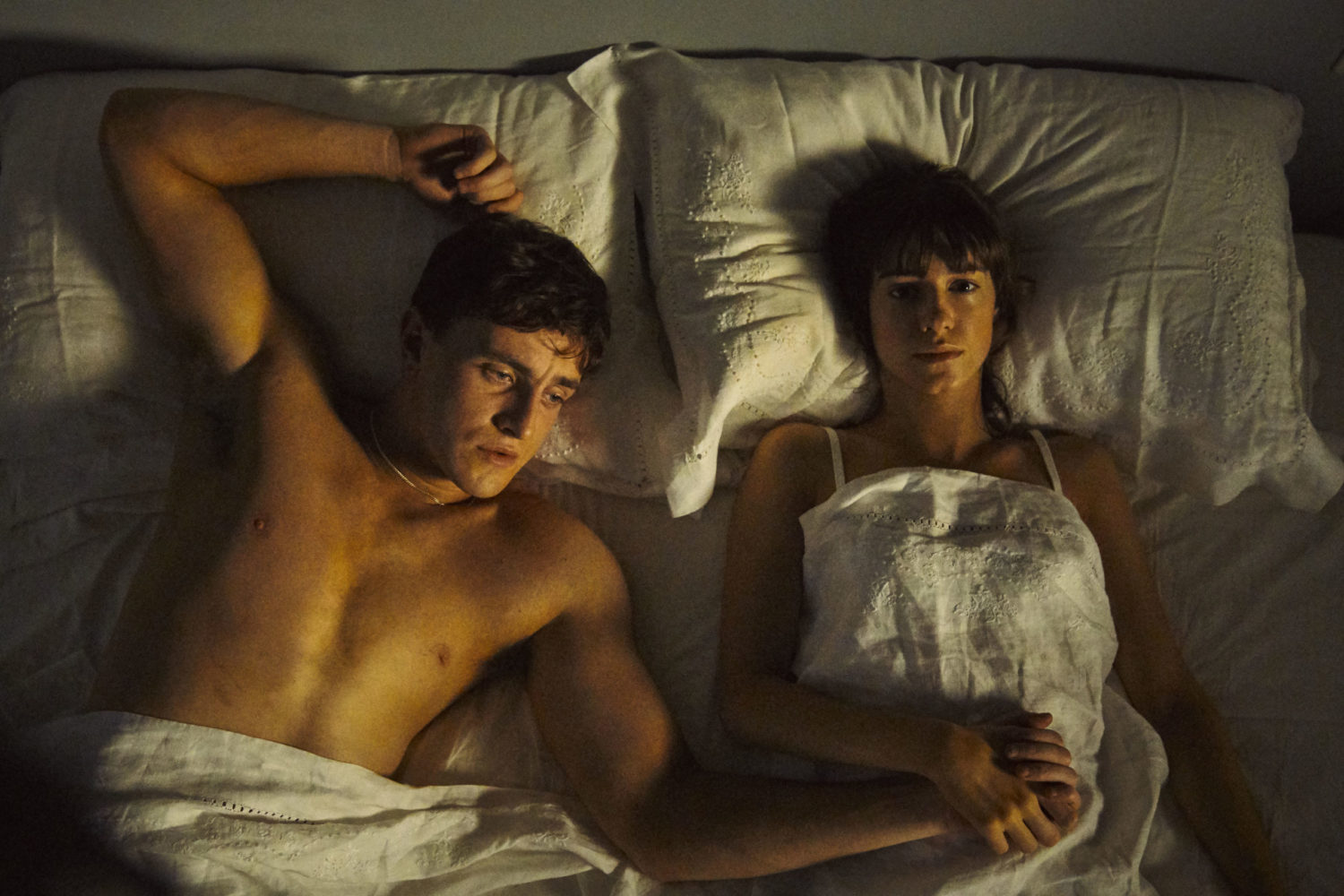