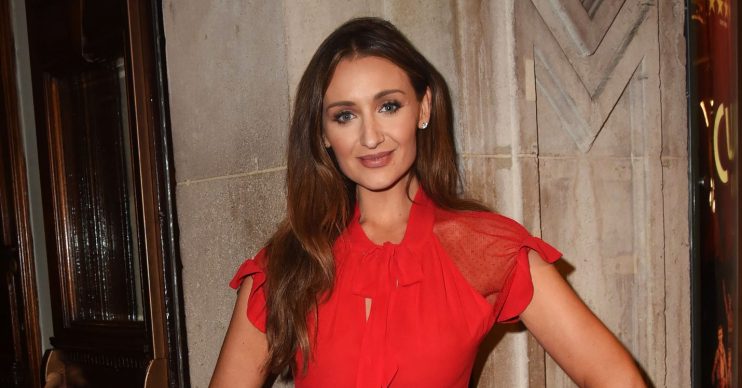 She played Eva Price in the ITV soap

Former Coronation Street star Catherine Tyldesley has shared a great way to keep the family entertained and active during the coronavirus outbreak.

The actress, who has a five-year-old son called Alfie with husband Tom Pitfield, took to her Insta-stories to describe a way of keeping active and sane during social distancing and self-isolation.

She told her 603,000 Instagram followers that she’d enjoyed her very own equivalent of a HIIT workout with her son and husband – by dancing for 40 minutes.

Turn your phones off, put some party music on.

She said: “Hi, I hope you’re all well and staying safe. Just a quick one, top little tip. Obviously we’re limited to what we can do, we’re getting outdoors as much as possible but a great tip and it is so much fun for all the family to do.

“Turn your phones off, put some party music on, we did it last night and we had 40 minutes dancing in the kitchen.”

She continued: “Just having the best time, making up little dance routines with Alfie, which he absolutely loved (Tom not so much) but we had a ball. Camp as Christmas. And we did it for 40 minutes.

“We were knackered at the end of it, it was great HIIT training. Family discos in the kitchen, can’t beat it. Stay safe. Stay active.”

Catherine – who played Eva Price in ITV soap Coronation Street – isn’t the only soap star to recommend ways to keep children from being bored during isolation.

She told fans she’d made the decision to keep her two kids off school after 10-year-old Freya came down with a cough.

She also has Yves, four, with her husband Sylvain.

Schools closed on Friday (March 20), and will remain shut for the foreseeable future.

Speaking in the House of Commons on Wednesday (March 18), Education Secretary Gavin Williamson revealed it was an essential step in the UK’s fight against COVID-19.

He said: “It is clear that schools are increasingly finding it more difficult to continue as normal… I want to provide parents students and staff with the certainty that they need.

Are your children off school? Leave us a comment on our Facebook page @EntertainmentDailyFix and join the conversation.