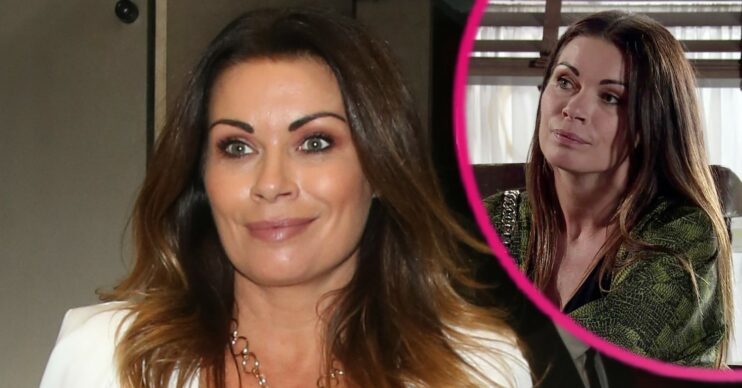 She transformed her figure after welcoming daughter Daisy

The 48-year-old soap star, who plays Carla Connor, gave birth to her daughter back in 2009.

But how did Alison transform her figure? Here’s everything you need to know.

The soap star opened up about her weight loss journey just five months after giving birth.

She told Closer Magazine: “I’m thrilled. I’ve got muscles I haven’t had in years, and having felt huge for what feels like a lifetime I almost feel skinny!

“Now I can wear things with shape, rather than tents.”

Alison was unable to exercise for the first two months, as she recovered from a Caesarean delivery.

The actress added: “I’ve still got loose skin on my bum, tummy and the tops of my legs. I’d like to lose another 5lb.”

Alison returned to the cobbles after 10 months’ maternity leave.

During that time, she enlisted a personal trainer twice a week and followed a post-birth diet.

And it didn’t take long for the star to slip back into Carla’s clothes again.

I got in quite good shape by eating healthily and exercising

Speaking to The Mirror in a separate chat, Alison shared: “I didn’t want to be worrying about it when I got back to work – I didn’t want to look totally different as Carla.

“I got in quite good shape by eating healthily and exercising a lot and I was quite toned.”

The star continued: “Now I’m back at work it’s harder to find the time to exercise, so I’m maintaining the weight – I’m just a bit blobbier!”

When did Alison join the Corrie cast?

Meanwhile, Alison has been a firm favourite on Coronation Street since 2006.

During her time on the soap, the actress has been at the centre of some of the biggest storylines.

When it comes to her personal life, Alison welcomed daughter Daisy with ex Adam Huckett.

Read more: Who is Craig Tinker in Coronation Street and what is his mental health struggle?

The former couple started dating in 2007, but decided to separate in 2012.

However, Alison has since moved on with partner David Stuckley.

The pair were previously forced to cancel their wedding in Greece due to the coronavirus pandemic.