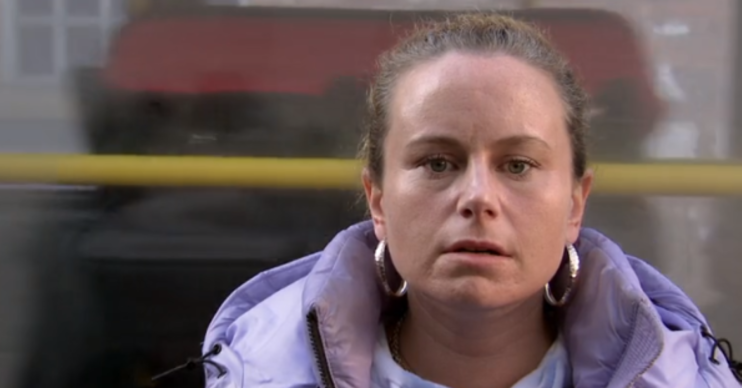 Gemma has been suffering with post-natal depression

Since the birth of her quadruplets, Gemma has been struggling with dark thoughts. After speaking to Dr Gaddas, she was diagnosed with post-natal depression and reassured that she isn’t alone in her suffering.

Now Gemma has spoken about how she feels, hopefully this will be the start of her recovery. But there’s still a long way to go.

However show boss Iain MacLeod has assured fans that Gemma will come out of this as a different person.

Speaking at a virtual press event, Iain said: “I’ve loved that story – Dolly-Rose [Campbell] is a great actress. We throw a lot of comedy nonsense at her but through this she has shown a lot of pathos.

“She and Sam [Aston, Chesney] have this classic Corrie double act going on. Gemma’s story will be heartbreaking and Bernie will become her saviour in her way – it’s her chance to redeem herself.

“She’s by her side. She’s a rock for her – there’s lots of great stuff to come and there will be some positivity, Gemma will come through this with a new level of appreciation and love for her mum.

He also confirmed that Gemma would go on to become a good mum to her four children.

Gemma will come through this with a new level of appreciation and love for her mum.

Read More: Coronation Street fans disgusted as Gemma wakes up and accuses wife Yasmeen of trying to kill him

He added: “And she will go on to being a good mum to quads – I’m not saying she won’t feed them turkey twizzlers and let them watch Nightmare on Elm Street at age 11 – Gemma will always make mistakes. But she will eventually come to believe in herself.”

Is this the start of Gemma’s recovery?

Have you been following Gemma’s post-natal depression storyline? Leave us a comment on our Facebook page @EntertainmentDailyFix and let us know what you think of this story.