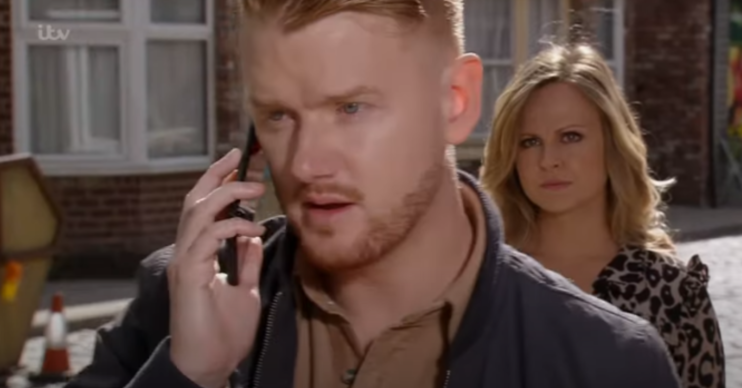 Gary and Sarah dated for around two years before their relationship brokedown.

After Gary got involved with Rick Neelan, his life began to go downhill. Eventually he and Sarah split up and she moved on to Adam Barlow, who she recently married.

But Gary took longer to move on from Sarah and even killed Rick when he thought the loanshark had kidnapped her.

But is their romance truly in the past?

Show producer Iain has now gone into detail about Gary and Sarah’s relationship and if there’s ever a chance they will get back together.

Will Gary and Sarah get back together?

Speaking in a virtual Corrie press event, he said: “To what extent is it ever over when you have loved someone that much? Their complicated feelings will cause them headaches and leave big decisions.

“There are no plans to get back together but it’s that thing where they’re on the end of an invisible line of elastic – they are stuck in each other’s orbits and the emotions will never go away.

“There’s a fine line between love and hate. I think she loves Adam and Gary loves Maria but they will never truly get over each other.

“Everything he did was for Sarah and that has spilled over into some resentment – deep down he has thought, ‘if only you knew the things I did to protect you’. That has coloured his less than gallant behaviour towards her.”

Recently Sarah and Adam got married and in this week’s episodes, the two returned from the honeymoon.

Meanwhile, Gary is planning his wedding to Maria Connor. In their short relationship, Gary and Maria have already been through a lot.

She found out about his loan shark business, and also miscarried their baby when she contracted measles.

And with Rick Neelan’s daughter Kelly now on the cobbles, Maria is suspicious.

Adam also knows something isn’t right. Could we see Gary’s past start to catch up to him?

Do you think Gary and Sarah were better suited? Leave us a comment on our Facebook page @EntertainmentDailyFix and let us know what you think of this story.