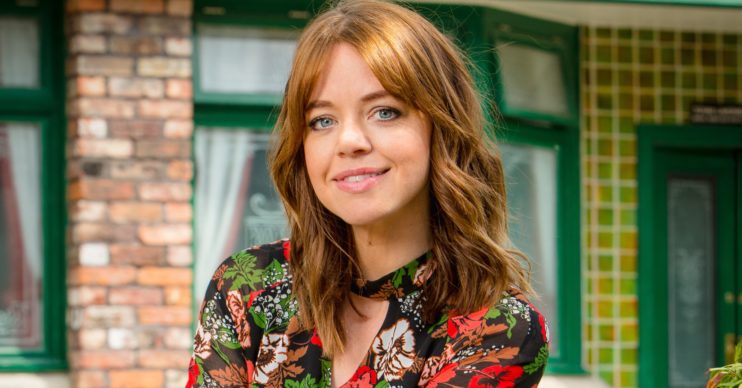 He admitted she has been 'underused' lately

Coronation Street will give Toyah Battersby more storylines after show boss Iain MacLeod admitted she has been “underused”.

Although Georgia Taylor was at the centre of a huge storyline – the surrogacy plot – when she first returned to the soap in 2018, Iain has now admitted that the actress has not had any big story arcs since then.

He told a recent press conference: “I would agree that Toyah has been a little bit underused.

He then revealed what’s coming up that will involve the character.

Toyah will be a great support to her sister Leanne when Leanne’s son Oliver suffers from mysterious seizures.

Iain also promised that there are more exciting storylines in store for Toyah and her hunky lawyer boyfriend Imran Habeeb.

The future for Toyah and Imran

He said: “She will be a huge part of Leanne’s story with her son Oliver’s health crisis.

“And in a parallel thread her and Imran will be making some very big life decisions that are thrown into disarray by what is happening with her sister.

“While Leanne makes others feel shut out from her private emotional turmoil, Toyah is very much her rock and her staunchest supporter.

“There will be a lot more screen time for Georgia, and Toyah, in the coming months.”

Meanwhile, Georgia previously revealed she loves it when her mild mannered alter-ego becomes “deceitful” at times, because it keeps viewers entertained.

She told Coronation Street Blog: “Even when she is ever slightly deceitful, there is good at the heart of it. Some of her decisions are so ill-judged but having said that, it is a soap.

“If we all behaved impeccably it would be such a boring show.

“The rational side of me says, ‘Take a step back, this can’t end well, if you are right then the truth will find its way out.’

“But the viewer in me is going, ‘Keep on,’ because it’s more interesting.”