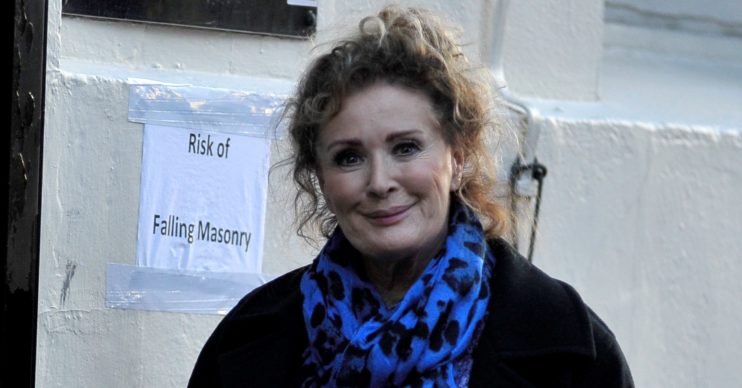 Coronation Street star Beverley Callard believes she is visited on set by the spirit of her late friend and co-star Anne Kirkbride, who played Deirdre Barlow.

Deirdre died off-screen later in the year. Her friend and former cobbles resident Bev Unwin returned to deliver the news to her family.

But despite Anne’s death, Beverley, who plays Liz McDonald, revealed she can still feel her presence.

Speaking to the Daily Star she said: “I had been doing quite a lot of filming at the Barlows’ set and it’s a weird feeling.

Read More: Coronation Street SPOILERS: Geoff to kill Alya as she tries to expose him?

“She was there in spirit, most definitely, her photos are on shelves and you can’t go on the set without saying ‘oh I hope you’re here with me.’

She added: “I know she visits us.”

Beverley used to share a dressing room with Anne and made sure her name plaque remained after her death.

She added that when she departs the soap this year she hopes Anne’s plaque will remain in the dressing room.

Last year it was announced that Beverley had decided to quit the soap. It was also revealed her final scenes would be airing this year.

Beverley revealed she was due to film her final scenes in July, however it is unknown if that has been pushed back due to the coronavirus pandemic.

He told the Metro: “Liz’s exit is a long way off yet. But the idea is that it’s a result of this story I’m hinting at for Steve and Tracy and the big clans at war in the story we are telling.

“It will arise from that and, at the moment – and again it’s only the embryonic stages – the idea is that Liz is attempting to do something heroic for her son that will probably go slightly wrong in a way that it will corrupt her relationship with Steve and she’ll have some making up to do.

“But ultimately determine she’ll decide that the best place for her is not in Weatherfield because she and Steve are upsetting each other.”

Will you be sad to see Liz go?

Have you ever felt the spirit or presence of a lost loved one? Leave us a comment on our Facebook page @EntertainmentDailyFix and let us know what you think of this story.