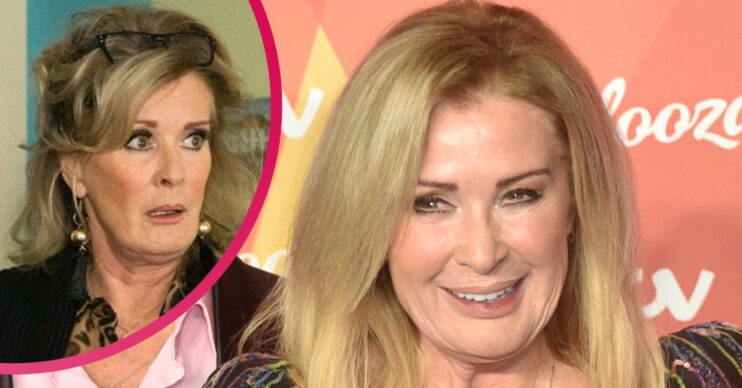 Coronation Street: Beverley Callard hits out at soap after her exit

Coronation Street star Beverley Callard has taken a swipe at the soap following her exit nearly two years ago.

The actress, who played Liz McDonald on the cobbles for 31 years has spoken about having “no life” during her time working on the nation’s favourite street.

She also said she doesn’t think the scripts are as good now.

What did Beverley Callard say about her time at Coronation Street?

In an interview with The Sun’s TV Mag 64-year-old Beverley told how “full-on” the job was.

She said: “It’s not nine to five, it’s like seven until ten at night and it’s six days a week.

“It’s really full-on and you have no life. It used to be a lot harder years ago when the cast was smaller.”

The actress revealed when the scripts came in she had to “trust her instincts” and that’s how she decided it was time to leave the role.

She also added: “I personally don’t think the scripts are as good now.

“I think we’re overloaded with soap operas, which is a shame.”

Who did Beverley Callard play on Coronation Street?

Beverley played cobbles icon Liz McDonald for 31 years before she quit in 2020.

Liz was the mother of twins Steve and Andy and wife to Jim before that turned very sour.

She was known for her love of short skirts, big hair and bold prints. The character was also the landlady of the Rovers Return for many years before her exit.

When Beverley announced her decision to quit the soap she was originally supposed to have a huge departure storyline.

It was said she was going to team up with criminal Scott Emberton for an armed robbery to raise money for grandson Oliver‘s treatment.

But the coronavirus pandemic meant she was unable to film those scenes. Beverley also had a hip operation that put her out of action when filming resumed.

Instead, Liz went to live in Spain and her exit wasn’t shown on screen.

What is Beverley Callard doing next?

After she departed Corrie, Beverley entered the castle for I’m A Celebrity‘s first Welsh series in November 2020. She was eliminated third.

The actress is currently filming a new comedy-drama series called Newark, Newark, set to air on Gold this spring.

Beverley plays Pauline, who is Maxine’s mother. Maxine is played by Morgana Robinson, and Gavin and Stacey star Matthew Horne is her ex-husband Terry.

Last month Beverley appeared on Celebrity Catchphrase and was asked about a potential Corrie return.

“When I’m not busy I might think about it.”