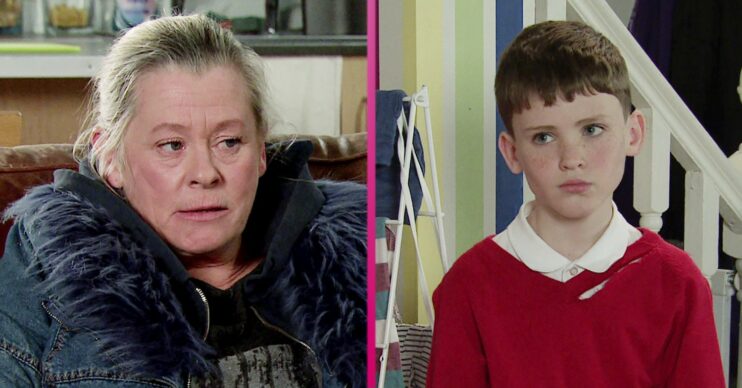 Coronation Street fans were left baffled as they pointed out Bernie Winter made a huge blunder in last night’s episode (Monday, February 28).

In the scenes, Linda needed to head back to Portugal due to an emergency and Joseph decided he wanted to go with her immediately.

Joseph packed his bags and prepared to say his goodbyes to his family.

In the street, Joseph’s family gathered to wave him off.

Bernie, Joseph’s step-grandmother, turned to Joseph and said: “Your uncle Paul said he’ll see you tomorrow night on your console, 7 o’clock your time. Is that a deal?”

Joseph asked his grandmother Linda if he could and she agreed.

However fans were quick to question why Bernie said “your time”, pointing out Portugal and the UK are in the same time zone.

"7 o'clock your time." Portugal is in the same time zone as UK. #Corrie

"Your time"? Portugal is on the same time zone as the UK. #corrie

Joseph left to go to the airport with Linda, however later Fiz and Hope paid Chesney a visit.

Hope told Chesney that Joseph didn’t want to go to Portugal, but felt he should as Chesney and Gemma have four toddlers to look after and he thought their money could go further without him there.

He also told his cousin that he felt like he was in the way and was only going because he thought his dad didn’t want him there.

Read more: Why are no soaps on tonight? Emmerdale and EastEnders taken off schedule

Chesney rushed off to the airport and managed to find Linda and Joseph before they got on their flight.

Chesney told Joseph he wanted him to stay at home with his family and he agreed to go back to Weatherfield.