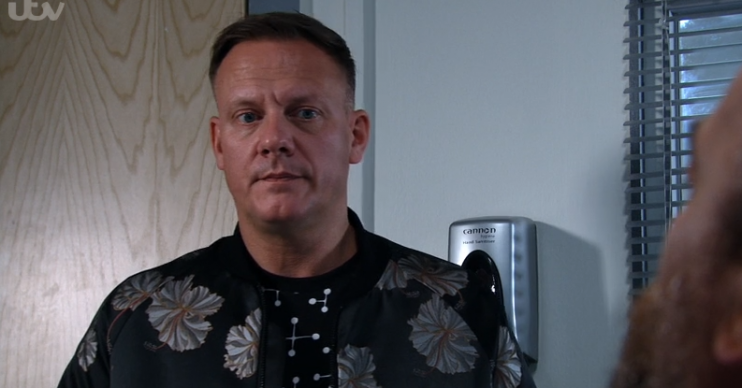 Sean went and spoke to Jan!

Viewers of Coronation Street are annoyed with ‘interfering’ Sean as he convinced Jan to leave Eileen.

In last night’s episode (September 4 2019) Eileen asked Tim and Steve if she could have time off for a holiday, which they agreed to.

However, Tim noticed Eileen was being particularly soppy and viewers knew it was because she planned on not returning.

He told Sean how she was acting and Sean then tried to get the truth out of Eileen, but she just told him she was going on holiday by herself.

Sean tricked Seb into telling him the truth and learnt that Eileen was going into witness protection with Jan.

However, Sean didn’t think it was a good idea for Eileen to go, fearing the gang would track them down and hurt her.

Sean decided to pay Jan a visit in the hospital. He told Jan he wanted Eileen to be safe and convinced Jan that if he loved her he’d let her go.

Eileen later said her goodbyes to Seb but when she went to the hospital, she was shocked to find he had discharged himself.

When Eileen returned, Sean was honest with his former landlady and said that he had spoken to Jan.

Eileen was furious and blamed Sean for driving her boyfriend away.

Viewers were also fuming with Sean for interfering in Eileen’s business.

Bloody Sean needs to back off and let Eileen make her own decisions. Interfering busy body #CoronationStreet #Corrie

Sean always manages to get involved in other people’s business. 🙄 #corrie

I’d be totally mad with Sean as well, he had no right to interfere, Eileen knew what she was risking by going with Jan, but she loved him #Corrie

Sean is so out of order for going behind Eileen’s back like that, so glad she told him some home truths 💪 #Corrie

Well done Eileen! Especially after Sean talking about being lonely earlier. What a selfish hypocrite 😬#corrie

It was her choice Sean you interfering drip! #corrie