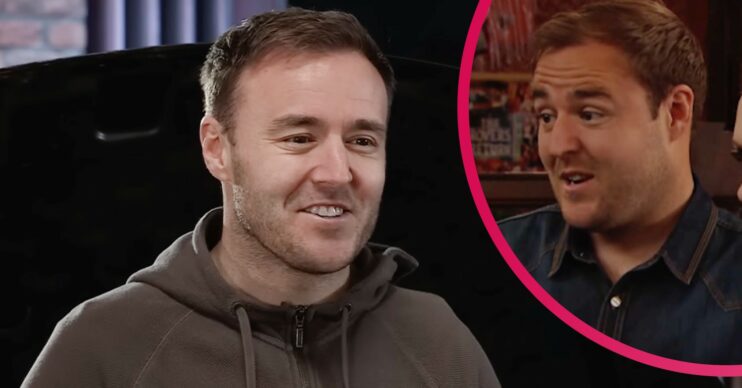 Since joining over 24 years ago, the actor has taken part in some of the show’s most dramatic storylines.

And his changing appearance has also caught the attention of fans over the years!

Alan has undergone an incredible weight tranformation since joining Corrie.

The 39-year-old first began shaping up during his marriage to former co-star and wife Lucy-Jo Hudson.

As well as regular gym sessions, the star also enlisted the help of a personal trainer.

Speaking about his fitness regime, Alan told The Sun: “I’ve had a PT (personal trainer) for about four/five months. I’ve been coming to the gym for a few years now.

“I’ve transformed a little bit myself and people have seen that. I like to come (to the gym). I have a pre-workout meal, I work out, then I have a post-workout meal or a swim and a steam.”

In addition, Alan revealed that he visits the the gym at least three times a week and does a 2.5k run with two minutes of walking to warm up.

“I’ve transformed a little bit myself and people have seen that.

Alan previously told OK!: “I’d really got into hot yoga and someone mentioned that Tisha was going to the same studio so I thought we could go together.”

Did Corrie star Alan go on a diet?

Despite his intense fitness regime, Alan isn’t strict on himself when it comes to dieting.

The star regularly shares photos of himself out for food on his Instagram page.

In a recent snap, he was seen out with his mother and brother at Italian restaurant San Carlos in Manchester.

And he’s also partial to a cheeky wine or pint.

As lockdown came to an end, Alan made no secret of his excitement over pubs re-opening again.

Alongside a scan of an ultrasound, he joked: “Well, here goes … some exciting news for you all! It’s come as a bit of a shock but now’s the time to share.

“Totally unexpected and we’ve not told anyone, didn’t want to shout it to the world at first until it was confirmed. We can now share this wonderful news with you all and we’re very proud to announce… this is a scan of my liver in perfect condition, ready for when the pubs re-open.”