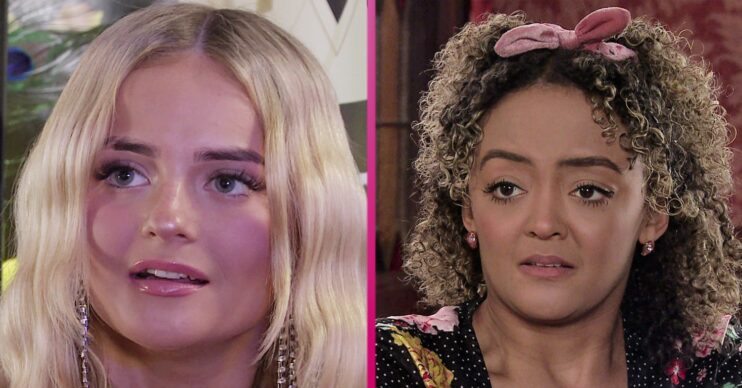 It was a sad episode of viewers as Emma left for Australia and Laura sadly died from cancer.

But what’s next for them both?

In tonight’s episode, Emma made the decision to move to Australia immediately with her boyfriend Jon.

She told her dad Steve, stepmum Tracy and half-sister Amy the news.

Although Steve didn’t take the news well, Emma went to see him and he accepted she needed to live her own life.

Soon Emma said goodbye to her family and friends before getting in a taxi and leaving for Australia with Jon.

Meanwhile, Gary got a call to say Laura only had hours left to live and tried to convince Kelly to visit her mum.

Laura recently admitted to police that she killed her ex-husband and Kelly’s dad, Rick.

She decided to take the blame for Gary, who really killed Rick, as she is dying and wants Gary and his wife Maria to look after Kelly when she’s gone.

Kelly refused to see her mum, unable to forgive her.

Kelly got drunk at the Hairdressers awards ceremony but ended up winning Best Trainee Stylist.

After talking to Simon, she decided she should see her mother, but when she got to the hospital it was too late.

Laura had died and the episode ended with Kelly hugging her mother’s body as she sobbed.

What’s next for Kelly and Emma?

Alexandra Mardell, who plays Emma, has left the show which means this is the last we will see of Emma, unless of course she one day decides to return.

Next week, Kelly struggles with her mum’s death. She discovers she stands to inherit everything from her dad including the family home.

She asks Gary to go check on the house for her. At the neglected house, Gary is faced with a photo of a smiling Rick.

He packs up some belongings for Kelly. As she looks at the reminders of her childhood, she’s overcome with emotion and heads out.

In Victoria Garden Kelly is numb with misery and takes out her mum’s little bottle of morphine.

She unscrews the top just as Abi arrives.

Later in the week it’s Rick’s funeral and a fight soon breaks out between Gary and a man who spits on Rick’s coffin and tells Kelly he hopes her dad rots in hell.

Will things get better for Kelly?