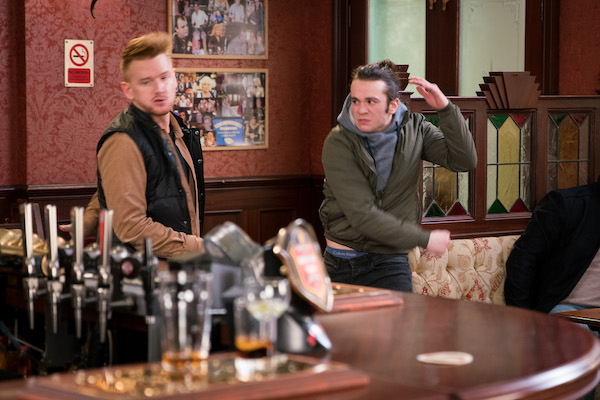 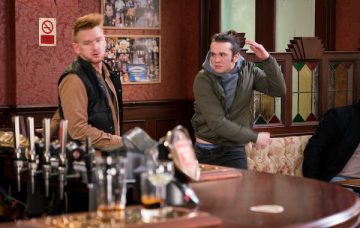 It's a bumper night of soaps

Soap fans settle down on the sofa because tonight is a huge night of soaps.

Coronation Street is airing an extra episode meaning viewers will have a double dose of Emmerdale, an outing of Corrie and a trip to EastEnders to tune into.

And Corrie fans will see Seb’s downward spiral continue as his feud with Gary gets worse and ends in violence.

Last night (Wednesday March 6) saw Seb mistakenly think Gary’s girlfriend Sarah was waiting in the bath for him with a special birthday treat. Actually Sarah had just planned on paying for him to have a haircut (not a fan of the man-bun then?) and the whole sorry situation was just awkward.

But it was made even worse when Sarah told Gary the truth about what had happened and he went and confronted Seb in front of everyone (well, Eileen, Billy, Summer and Faye) at Seb’s surprise party.

Things don’t get any better for Seb tonight when he’s at work and thinks Anton and the other foreign builders are joking about him behind his back.

Seb squares up to Anton and can’t contain his anger, but it’s later in the pub that he vents his frustrations and has a go at Gary.

There’s a scuffle, Seb lashes out and hits Gary, and soon finds himself out of a job.

Elsewhere, Nick finds himself flirting with another woman (er, what about Leanne?!), but is put out when she reveals she owns a rival salon and is determined to put Nick and David out of business.

Rana is fed up of Lolly and confides in Alya, who promptly tells Kate. But when Lolly overhears, a guilty Rana decides she has to give Lolly another chance.

And with Gemma and Chesney moving in together, Ches is a little overwhelmed by the amount of luggage she’s bringing with her.

It’s a huge step in their fledgling relationship, but it looks like Chesney isn’t as put off by Gemma’s slobby eating habits as viewers are as they’ve been complaining how disgusting she is and how she has no table manners when she eats.

Are you looking forward to tonight’s Coronation Street? Leave us a message on our Facebook page @EntertainmentDailyFix and let us know what you think!