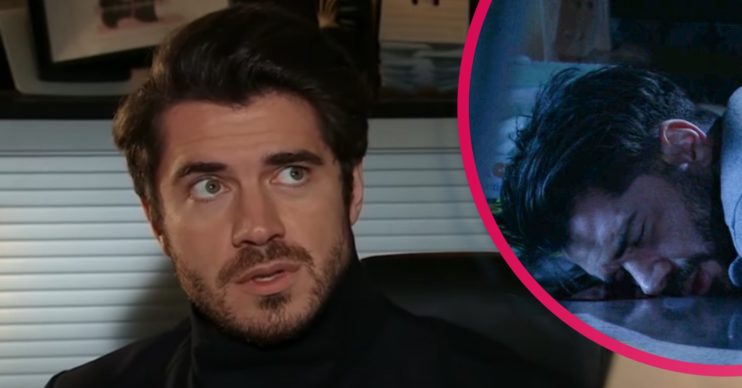 Adam was attacked in the Bistro

Coronation Street fans have a theory Adam Barlow was attacked in a case of mistaken identity.

In Friday night’s episode of Corrie (December 11) Adam was attacked in the Bistro.

Over the course of last week, Adam made a lot of enemies on the cobbles when he was forced to reveal to his uncle, Peter, that he had slept with his girlfriend Carla.

The revelation made a lot of Adam’s close ones furious, including his wife Sarah, who he has separated from.

Later in the episode Simon was also seething with his cousin as Peter had turned to drink after the revelation.

As hour-long visit to the cobbles came to a close, Adam also had a run-in with Sarah’s ex-boyfriend Gary Windass. During the argument, Adam threatened to go to the police about Gary killing Rick.

Afterwards, Adam went back to the Bistro where he continued to drink. However in the final scenes, he could be seen sprawled out on the floor. It was clear he had been attacked.

However fans have a theory that Adam wasn’t the intended target of the attack – Ray Crosby was.

Is it a case of mistaken identity re Adams bludgeoning? He was face down in near darkness and wearing similar to Ray. Perpetrator was not inebriated like Peter #Corrie

Why the intended victim on #Corrie has to be Ray:
1. Adam was alone in a bar he doesn’t own.
2. It was dark (and there’s no other plot reason except mistaken identity for there to be a blackout)
3. Adam had his back to his attacker
4. Plenty have a grudge against Ray eg: Debbie!

Gary killed Adam by mistake. He thought it was Ray in the bistro, not realising it was actually Adam! #corrie #coronationstreet

#Corrie anyone else’s theory that Gary hit Adam because he mistook him for Ray?😭

Fans seem to think either Gary or Faye attacked Adam, thinking he was Ray.

Over the last few weeks, Ray has also made many enemies on the cobbles as he prepared to knock down half the street for a new development.

He thought it was Ray in the Bistro, not realising it was actually Adam!

But in Friday night’s episode, Gary walked into the Bistro and overheard his new business partner sexually assaulting his younger sister Faye.

Although Faye didn’t want to go to the police, Gary was furious.

Later, Ray left the keys to the Bistro with Adam so he could continue to drink alone whilst he went out.

Could Ray have been the intended target? What do you think of this theory?