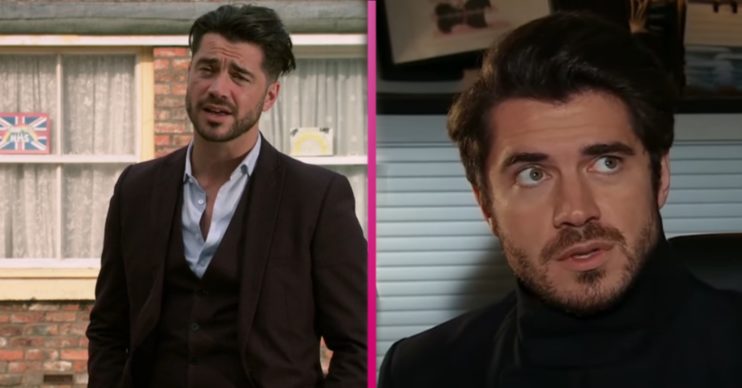 Coronation Street: Viewers shocked as Adam is attacked in ‘whodunit’

But who could be behind it?

In Wednesday’s episode (December 9) Adam was forced to admit to Peter that he and Carla slept together. As Sarah was in the Bistro at the time, she also found out the truth.

Adam soon headed over the Bistro for a drink. After refusing to leave, Ray Crosby left Adam the keys so he could lock up.

But he ended up going over to the Platts’ house to try and talk to Sarah. The two ended up arguing and Adam headed back to the Bistro.

However on his way back, he got into an argument with Gary Windass. After Gary wound him up, Adam threatened to tell the police about Gary’s involvement in Rick’s murder.

Back at the Bistro Adam continued to drink. Meanwhile viewers saw an anonymous person sneak in.

As the episode came to an end, viewers saw Adam Barlow sprawled out on the floor with blood coming out of his head.

Viewers were left shocked by the latest twist.

Nooooooo Adam better not be dead!!! 😭😭 Great twist, we always know when something happens normally so it was great to get a genuine shock!! Corrie has been epic this week! #corrie

It hasn’t been revealed if Adam Barlow will survive the attack or not.

Coronation Street: Who are the suspects in Adam’s attack?

Over the last few episodes Adam has upset a lot of people.

As well as hurting Peter and Sarah, Carla was also furious with Adam because of their one-night stand.

Meanwhile Peter’s son Simon was devastated when he discovered his dad had been drinking again. But when he found out Carla cheated on Peter with Adam, he was furious with his cousin.

On the other hand Adam also wound up Gary by threatening to go to the police about Rick.

Who do you think is behind Adam’s attack?

What did you think of tonight’s Coronation Street? Leave us a comment on our Facebook page @EntertainmentDailyFix and let us know what you think of this story.