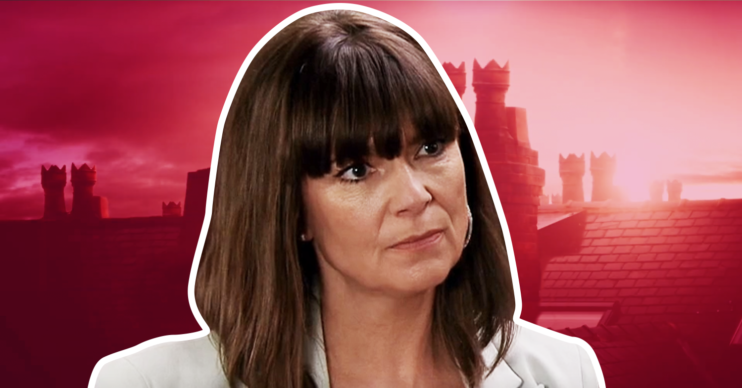 Recently Stirling joined the cast of BBC medical drama Casualty as Jan Jenning. However the actress has hinted this doesn’t mean she is done playing Paula.

Speaking to Inside Soap magazine, Stirling revealed she intends to keep playing both characters for as long as she can.

She said: “Well that’s the plan, to keep riding the wagon until the wheels fall off! Luckily I can drive to Cardiff, where Casualty is filmed and the Corrie studios in Manchester, from my home in the Cotswolds.

“They’re very slick shows and both roles are really different, so that makes it easy to dip in and out of each.”

Coronation Street: Where is Paula?

Earlier this year Paula got caught up in a storyline with Steve and Tracy McDonald after she and Tracy ended up sleeping together.

Whilst she hasn’t been seen much on the cobbles since the storyline, last month, she appeared in court scenes for Yasmeen’s plea hearing .

Although the soap is currently unable to film on location due to the coronavirus pandemic, Yasmeen’s storyline will continue.

At the end of this week’s episodes, Yasmeen has a heart attack and next week previews reveal her trial is postponed.

Will we see Paula in Yasmeen’s storyline?

Paula’s connection to the cobbles

Their friendship hit the rocks when Paula began dating Sally’s daughter Sophie. However she eventually accepted them as a couple.

Paula went on to help Sally as she was falsely accused of fraud. Paula, Sophie and Tim worked together to prove Sally had been set up and she was eventually freed.

But things didn’t quite work out for Paula and Sophie as Sophie decided she wanted to travel the world.

Would you like to see more of Paula in Coronation Street? Leave us a comment on our Facebook page @EntertainmentDailyFix and let us know what you think!