Now 24, the young actress has told the Daily Star that her character's human slavery plight could very well have happened to her when she first moved to the UK four years ago. 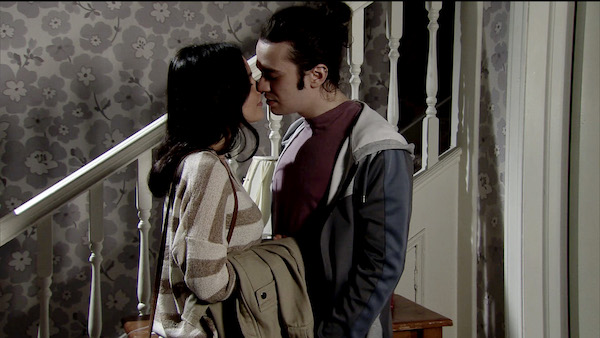 Seb and Alina have fallen in love (Credit: ITV)

She told the newspaper that she had just £300 to her name when she moved to London from Romania in 2015 when she was 20.

With dreams of making it as an actress, Ruxundra threw caution to the wind and bravely headed for the UK in the hope of finding work.

Like many before her, Ruxundra had high expectations of a better life.

Thankfully, due to her ability to speak good English, she was able to get a job in Pizza Express as a waitress where she earned and saved money for acting classes. 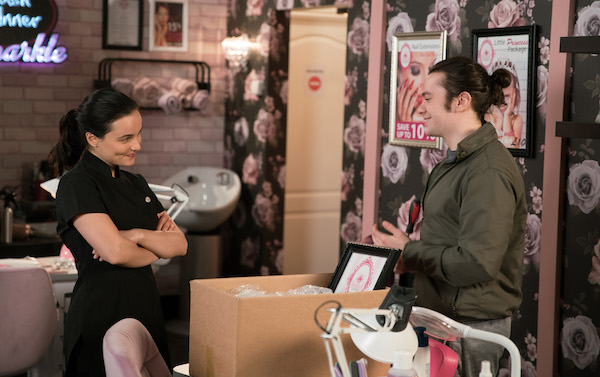 Seb tracked Alina down when she moved to a new nail bar (Credit: ITV)

She said: "This is why it is such an important storyline, because this really could've been me in Alina's situation.

It's so easy when you need money to trust the wrong people.

"I was desperate to find work when I first arrived and, looking back four years down the line, I had no idea how things worked in England.

"It's so easy when you need money to trust the wrong people."

She went on to say that her scenes are "hard-hitting" and she feels she has a "responsibility" to tell the story accurately after speaking to actual victims of human slavery and trafficking.

Yesterday working with @rawrlondon for a new project. @weareonlyshadows I just can'tttt wait to share the final results!! What an absolutely amazing experience!

Ruxandra, who joined the ITV soap earlier this year as trafficked nail salon worker Alina, says the role can be "overwhelming" but she wants to raise awareness.

As Seb started falling for her, viewers realised that the young worker didn't realise that her employers were not looking after her best interests.

Forced to live in squalid conditions and at her boss's beck and call, it became obvious that her life wasn't her own.

In upcoming scenes, Seb will find himself in danger when he tries to help Alina by exposing the traffickers.

The actress has been heralded as the soap's new Michelle Keegan, which she described as "very flattering".