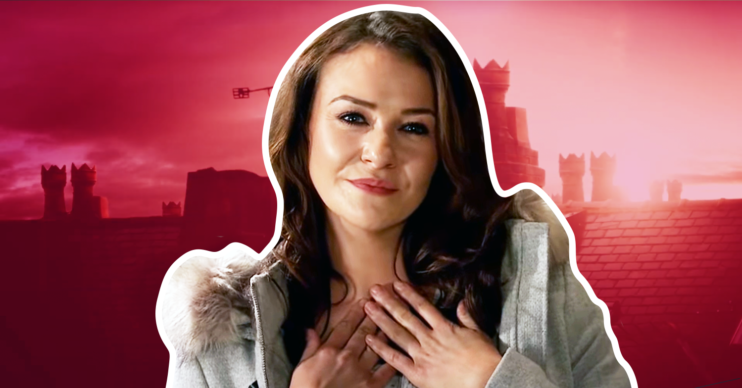 Recently Kerri spoke to The Irish News about her time in lockdown and how the pandemic has affected her work.

She revealed to the publication that she would love to return as Vicky and that there were plans to bring the character back at one point.

The actress, who left the ITV soap last year, said: “I loved playing Vicky, she’s been on quite a journey.

“I’d go back to Corrie in a heartbeat and the plan was to revive the character over the summer, however that could all change now.

The Sun has speculated that Vicky will return to exact revenge on Gary.

Actor Mikey North said: “We had some huge stuff planned. What we had in the pipeline was going to be a culmination of the past year of Gary’s life and possibly the final chapter of this story.

“I think we were due to start filming it the Monday that the country went into lockdown. I’m hoping we’ll pick it straight up.

“A lot was due to be filmed on location and I have everything crossed as the scripts were just fantastic. I was really excited to do it.”

Could this well involve Vicky?

Well, when ED contacted Coronation Street, they revealed there were no plans for Vicky’s return.

But it would be great if that changed down the line.

What has Kerri been up to since leaving Coronation Street?

Although the TV and film industry was put on hold with the coronavirus pandemic, Kerri starred in Wake Cake which was part of Splendid Isolation: Lockdown Drama.

Her character Nicky had to overcome the death of her aunt during lockdown, which even saw a Zoom funeral.

Coronation Street: What happened to Vicky?

Vicky was embroiled in a love triangle last year between Robert and Michelle.

After Robert dumped Vicky to get back with Michelle, Vicky discovered she was pregnant.

For months, Robert led a double life spending time with Vicky. However Michelle had no idea she was having his child.

When she found out the truth, she and Vicky played Robert at his own game and Vicky ‘disappeared’ and made it look as if Robert had done something to her.

As Robert was about to face court for Vicky’s disappearance, she went into labour at a hotel and Michelle ended up delivering her love rival’s baby.

Read More: Coronation Street SPOILERS: Yasmeen to die ahead of her trial?

But in another twist, Robert was shot and killed on Christmas Day before he got the chance to meet his newborn son, Sonny.

Vicky moved back to Ireland with her kids Tyler and Sonny.

Would you like to see Vicky return to the Street one day? Leave us a comment on our Facebook page @EntertainmentDailyFix and let us know what you think of this story.