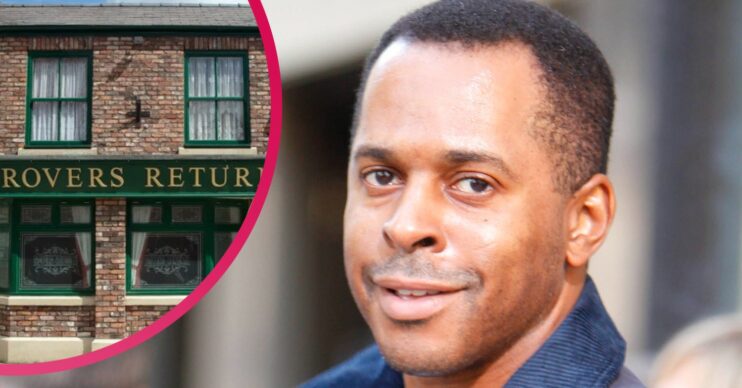 Extra Matthew Davidge has been on the soap for 36 years

Coronation Street extra Matthew Davidge has reportedly been sacked from the cobbles after 36 years over a selfie with Andi Peters.

The incident happened when Good Morning Britain host Andi was on set filming for a competition. However, he had no idea Matthew was breaking the rules.

Read more: Coronation Street cast for 2022 – meet them all here!

Matthew was employed by agency Industry Model Management and had worked as an extra on Corrie for 36 years.

He has regularly appeared in scenes in the Rovers Return and on the famous cobbles.

He was on a break from filming when he says he spotted Andi and asked for a selfie.

The host happily agreed and a crew member took the snap.

However, as mobile phones are not allowed on set, the Coronation Street extra was fired for being in breach of his contract .

Speaking to The Sun, Matthew said: “I’m speechless. I’ve worked on the set of Corrie on and off since 1986.

“I’ve never had a complaint and I’ve loved every minute of it. Now, it’s all over.

“You’re not supposed to have your phone out on set but everyone does. It’s a rule that’s never really been enforced.”

The role earned Matthew around £180 a week and he says he’s now worried about paying his bills.

What did Coronation Street say?

When the soap was approached by the publication a spokesperson explained the procedure for Coronation Street extras.

They said: “A walk-on artist was seen breaching filming protocols and his agent was notified.

“They decided on a course of action.

“Andi Peters was not aware of this complaint.”

What’s happening on Corrie this week?

Abi, Imran and Toyah are fighting over baby Alfie, but Imran has a proposal for Toyah…

Tonight, Imran asks Toyah if they can raise the baby together, but will she agree after all his lies?

Elsewhere, Daniel worries Mrs Crawshaw has a crush on him so Nicky steps in to help out!