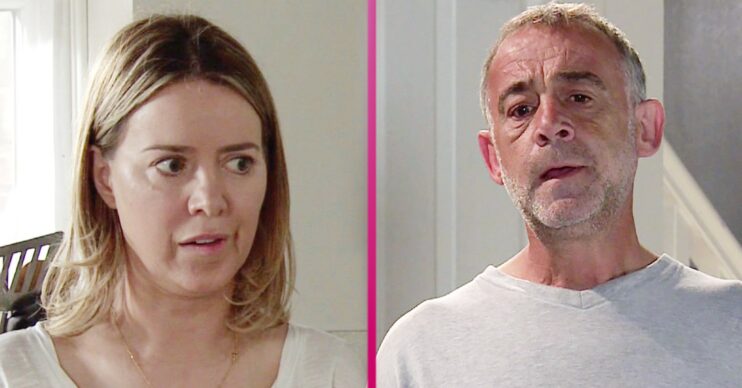 Coronation Street fans were left baffled as Abi Franklin appeared to withdraw £2k from her and Kevin’s joint account in the early hours of the morning.

After Corey was found not guilty for murdering Seb, Abi was devastated and left the cobbles. She claimed she was going to stay with her cousin.

However Kevin was worried when he spoke to Abi’s cousin and he told him he hadn’t seen Abi since they were teenagers.

After learning that Abi hadn’t been in contact with her best friend, Sally, Kevin became even more worried.

Later he reported Abi missing to the police.

However Kevin soon got a notification from his bank saying £2k had been withdrawn from his and Abi’s joint bank account at 3 o’clock in the morning.

Fans were left questioning how Abi could take such a large amount out at 3am as most ATMs have a limit of a few hundred pounds and she wouldn’t have been able to go into a bank.

However it is worth noting that Kevin didn’t say how the money was withdrawn and it’s possible Abi used online banking to move the money.

What do Tez and Abi have planned?

Later Kevin went out looking for Abi and stopped by a pub called Dog & Gun.

He asked the locals if they’d seen Abi, but soon he recognised a man, called Tez, who walked into the pub.

Kevin realised he was Abi’s ex and Seb’s father. Kevin asked if he’d seen Abi and ended up breaking the news to him that his son had been murdered.

Tez was upset and claimed he hadn’t seen Abi. But after Kevin left, Tez answered a phone call and it was clear it was Abi.

He told her that Kevin had been sniffing around and if he found out what they were up to, he was out of their plan.

What are they both up to?