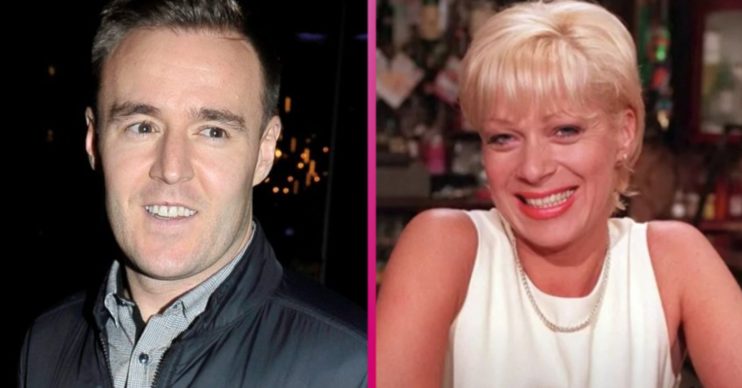 Coronation Street stars past and present have taken to social media to mark the soap’s 60th anniversary.

The ITV soap turned 60 today, with cast members flocking to pay tribute to the much-loved show in a series of touching posts.

Former star Denise Welch, who played Natalie Horrocks, was one of the first to address Corrie’s milestone day.

Denise could be seen standing next to Beverley Callard and Sue Nicholls.

Alongside the shot, she penned: “So many memories and so many friends no longer here but always in our hearts. Happy 60th birthday @coronationstreet and here’s to the next 60!!!”

Tyrone Dobbs actor Alan Halsall followed Denise’s post with a heartfelt message of his own.

He shared: “Happy 60th birthday @coronationstreet. You’ve been such a huge part of my life for 22 years & it is So humbling to be a small part of your history. Here’s to 60 more.”

Sam Aston, who plays Chesney Brown, marked the occasion with a childhood shot of himself.

The actor, 27, thanked the soap for the amazing opportunity.

“Happy 60th birthday @coronationstreet… the show I have spent over half my life in, made great friends and had some amazing opportunities over the years,” Sam wrote.

“I count my blessings for being a small part of this amazing production and everything the show has given to me. This was my first picture taken on set. #powerstance.”

The 27-year-old star commented: “Happy 60th Anniversary @coronationstreet. It’s taken me a while to even try and choose photos out of all the memories I’ve had on the famous cobbles.

“I always will feel so privileged and humbled to have been a small part of a massive incredible show! ⁣Here’s to another 60 years.”

Happy 60th birthday Corrie. What would my life have been like without you? Today I’m thinking about everyone who has played a part in the show. Friends who are no longer with us, my work family I won’t be able to hug today, colleagues we haven’t seen for months – love you all! x

Catherine Tyldesley calls Corrie the ‘greatest show there is’

She posted a series of shots and said: “To the greatest show there is @coronationstreet!!! Happy 60th my beautiful family!!!”

Cath, 37, added: “Such a huge and wonderful part of my life. A magical place. A heart that will never lose its indestructible northern beat. I love you.”

What will happen on Corrie’s 60th anniversary week?

It follows reports the 60th anniversary of Coronation Street will be going out with a bang.

He told The Sun: “We’ve been really careful that the 60th anniversary week lights the fuse on loads of new stuff.

“Towards the back of the week something massive happens that starts this avalanche of drama and catastrophe across the cobbles that I think the audience will be really surprised by.”