Comedian Tommy Cannon will be joining the cast of Emmerdale later this year, he has confirmed.

The 81-year-old TV veteran, famous for his double act with Tommy Ball, will portray a character called Derek.

Writing on his official Twitter page, Tommy told his 16,800 followers he was "excited" to be able to tell them he was joining the cast of the soap for a few episodes.

Tommy is set to appear in the Dales (Credit: ITV)

He said: "Excited to be able to announce that I'm doing a brief stint as Derek in @Emmerdale!! Spending some time in the Dales."

An Emmerdale spokesperson confirmed the news to ED!, and showbiz friends including Paddy McGuinness rushed to congratulate him.

However, perhaps Tommy announced the news too soon, as he removed the tweet hours after posting.

Tommy came to fame in the 80s and 90s, playing the 'straight man' of comedy double act Cannon and Ball.

In late 2005, the pair appeared in the fifth series of reality show I'm a Celebrity... Get Me Out of Here!

Seven years later, they appeared in the third celebrity series of Coach Trip.

Excited to be able to announce that I'm doing a brief stint as Derek in Emmerdale. 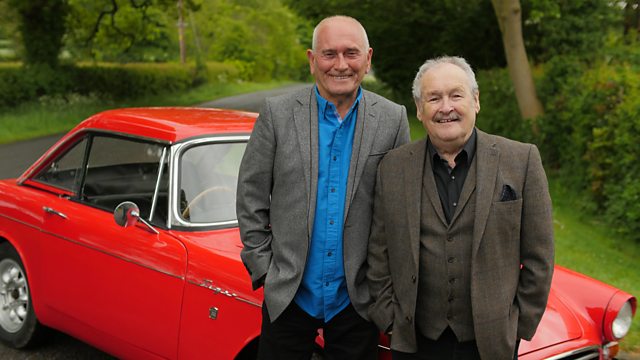 Read more: Emmerdale fans turn on Kerry Wyatt as she sets Frank up for the fire that killed him

Emmerdale has yet to reveal anything about Tommy's soap character, apart from his name and that he'll appear in the coming weeks.

We can't wait to find out more!

Are you keen to see Tommy arrive in Emmerdale? Leave us a comment on our Facebook page @EntertainmentDailyFix and let us know what you think!