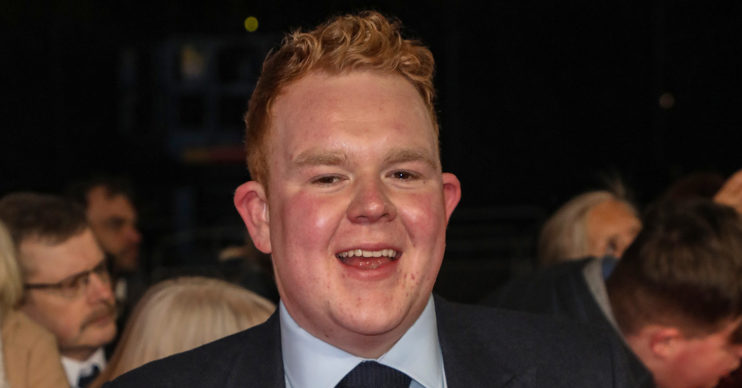 The Coronation Street star, 21, shared a photo of himself in his gym gear.

Posing proudly for a mirror selfie, he captioned the snap: “Run Breakfast Work.”

The Corrie actor, who plays Craig Tinker, has lost a considerable amount of weight this year.

While he has remained fairly tight lipped on his weight loss methods – he has provided a few insights.

In addition to running, he has also shared snaps of him enjoying country walks and eating healthy meals.

Back in June he also shared a clip of him working out in in garden with various fitness equipment.

He was shown throwing a fitness ball, as well as lifting dumbbells and a kettlebell.

The actor is estimated to have lost an incredible 10 stone during lockdown.

He revealed on his podcast Sofa Cinema Club with co-stars,  Jack P Shepherd, 31, and Ben Price, 47 that he initially lost weight from food poisoning.

A dodgy order of prawns while on holiday in Thailand lead to him losing over a stone and a half in just a week.

He explained: “I was in Ko Lanta. I was sat on the beach and the waiter came over and was like, ‘What would you like?’ And I said, ‘I’ll have the prawns to start please.’

“I had avoided seafood [on Ben’s advice] but I was sat on the beach and I was like, ‘How can you not have seafood on the beach?’Well, anyway. I’m not doing that again. I’ve lost about a stone and a half.”

And while speaking on Lorraine, he said his amazing achievements were all down to amping up his motivation.

He said: “It’s all about keeping motivated, trying to achieve something every day.”

Colson has now returned to filming Corrie, after filming was halted due to lockdown for twelve weeks.

He said on Coronation Street’s Good News video series that the make-up team will have to adjust to cast members’ new post-lockdown looks.

He explained: “Our make-up department at Corrie are fantastic and they are working really hard on joining the dots on the way people look before and after lockdown.

“For the more extreme cases, our scriptwriters are adding in bits to the script where people comment on other people’s new looks.

“So yeah, I’m hoping that someone’s gonna say something about my hair.

Leave a comment for us on Facebook @EntertainmentDailyFix and let us know what you think of this story.