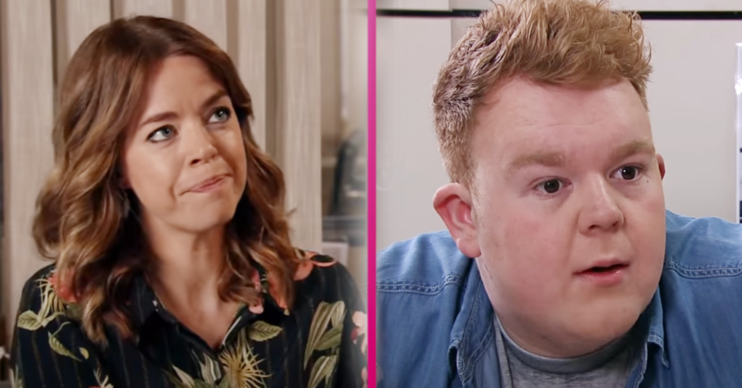 Colson is celebrating nine years on the soap

Georgia Taylor joked about co-star Colson Smith being told he ‘hasn’t changed a bit’ since he joined Coronation Street.

Yesterday (Wednesday, August 5), Colson shared a photo of his alter ego Craig Tinker on the anniversary of his first episode.

He wrote alongside the picture: “Nine years of Craig Tinker. 5th August 2011 #Tinks.”

His Corrie co-star Georgia Taylor, who plays Toyah Battersby commented: “Waiting for the first person to tweet ‘you haven’t changed a bit.'”

One tweeted: “You’ve not changed a bit.”

A second wrote: “You not changed a bit.”

A third said: “Aww I remember that face.”

Over lockdown, Colson has lost an incredible amount of weight and has been keeping his followers up to date with his fitness.

Although he is yet to divulge in all of his weight loss tips, he revealed it kicked off by a bout of food poisoning.

After eating some dodgy shrimp on holiday, he lost a stone and a half.

Speaking on his podcast Sofa Cinema Club, which he co-hosts with Corrie co-stars Jack P. Shepherd and Ben Price, he said: “I was in Ko Lanta. I was sat on the breach and the waiter came over and was like ‘what would you like?’ And I said: ‘I’ll have the prawns to start please.’

“I had avoided seafood but I was sat on the beach and I was like, ‘How can you not have seafood on the beach?’

“Well anyway I’m not doing that again, I’ve lost about a stone and a half.”

In May it was revealed the actor had lost nearly 10 stone. However his character Craig has also been embarking on a new healthier lifestyle.

Earlier this year, Craig revealed he was being picked on at work. He soon decided to take up running and even encouraged David Platt to join him.