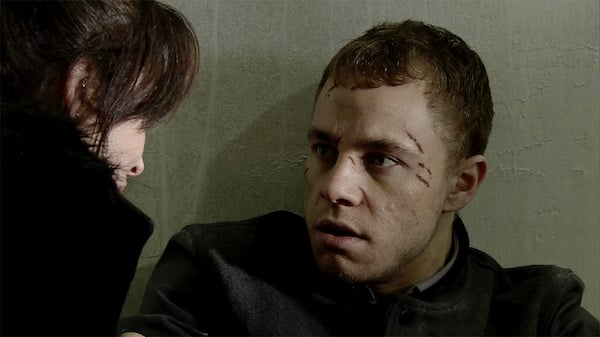 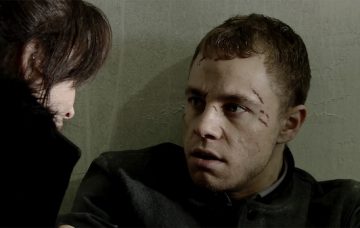 It looks like Clayton Hibbs will be returning to Coronation Street as actor Callum Harrison was spotted filming with on-screen mum Julia Goulding on location.

In pictures obtained by The Sun, Callum could be seen walking and wearing an ITV Studios Coronation Street coat while Julia, who plays Shona, was behind him carrying her three-month-old son, Franklin.

It looks like Shona will be released from the clinic she’s been staying in but will keep away from David and her family. However she won’t be keeping away from criminal son Clayton.

Recently Callum confirmed he was back filming at the soap after posting a picture to his Instagram story wearing the same coat he was photographed in.

Meanwhile, Shona’s husband David Platt, played by Jack P. Shepherd was spotted filming on location in the middle of a housing estate.

In the pictures, the hairdresser can be seeing trying to get the attention of a dodgy-looking group and is jumping on the hood of their car and stamping on the bonnet.

After drawing them out, he appears to be running down the road. What is he up to?

Guess who was back filming with us this week? 😉

Jumping into shot with her Corrie filming coat on, an excited Julia said: “Hi everyone you may be wondering why I’m wearing my Coronation Street warm coat.

The actress went on maternity leave last year as she gave birth to her first child, Franklin.

Whilst she went on maternity leave, her alter ego Shona was shot on Christmas Day and slipped into a coma.

After waking up, David was devastated to learn his wife had forgotten all about their life together, but she could remember Clayton.

She went to stay in a clinic in Leeds but told staff she no longer wanted David visiting her, leaving him crushed.

Fans of the show know Shona and David have a complicated history with Clayton.

After Clayton was put into prison for murdering David’s wife Kylie, David began a relationship with Shona.

Eventually Clayton escaped from prison and took Shona hostage. Shona was forced to stab her son in order to escape and later disowned him.

But with no memory of Clayton’s wrongdoings, could she be in danger when she reunites with him?