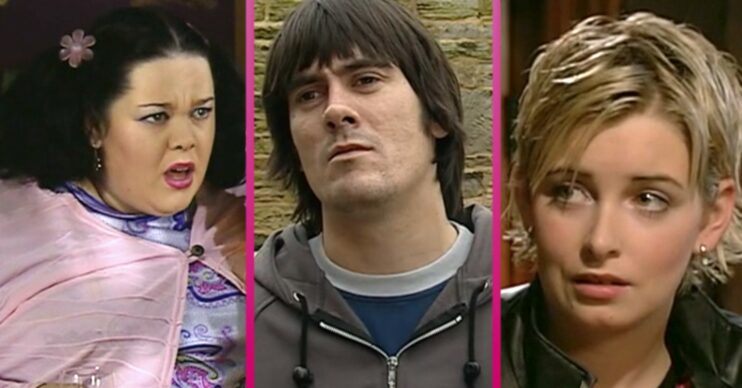 Classic Emmerdale: When is it on? Where can you watch it?

There's drama in store for the Sugdens and Charity's up to no good.

Classic Emmerdale has got us all glued to our tellies during the week, when old episodes of the Yorkshire-based soap are aired at lunchtime every day.

Emmerdale is one of the UK’s longest running soaps, and one of the things we love most about the classic episodes is spotting the characters we know and love from the latest storylines, in their younger days.

When is Classic Emmerdale on television?

Classic Emmerdale is on ITV3 every day. There are two episodes on each lunchtime, showing at 1.45pm and 2.15pm.

And if you miss it then, you can catch it an hour later on ITV3+1 or on the ITV Hub.

There is all sorts of drama happening in the episodes of classic Emmerdale currently showing on ITV3.

Eric Pollard is flexing his political muscles and running in the local election – showing Nicola King a thing or two.

Marc Reynolds is in trouble at school, and his parents aren’t impressed with his exam results.

But the big drama is between Jack Sugden – dad to Robert, Andy and Victoria – and his wife, Sarah.

Sarah has been having an affair with the family’s young lodger Richie Carter – almost 30 years her junior – and the truth has just been revealed, scandalising the village!

With Jack determined to fight for custody of his kids, Sarah’s got a battle on her hands.

And of course, those of us who remember watching these episodes when they first aired, back in 2000, will know that there’s a tragedy in store for the Sugden family.

So it looks like our lunchtimes will be spent glued to ITV3 for a while longer!

What familiar faces can we see in Classic Emmerdale?

The Dingle family and the Sugden family were the heart of Emmerdale in 2000, just as they are now.

Zak Dingle’s ex-wife Nelly was making trouble for her former hubby and Lisa wasn’t happy about it. Cain was being his usual sulky self and true to type, Charity was getting involved with Pollard’s dastardly deals, while Mandy tried to stop her cousin getting in over her head.  And Marlon was happily cooking up a storm in the kitchen at The Woolpack.

So far, so familiar!

The Sugden children were struggling with their parents’ separation, while Donna Windsor – the dearly departed mum of little April – was crushing on Marc Reynolds.

And Bernice Blackstock was wooing vicar Ashley Thomas, with no clue that 21 years later their daughter would be expecting a baby Tate!

Are you as gripped by Classic Emmerdale as we are? Leave us a comment on our Facebook page @EntertainmentDailyFix and let us know what you think.