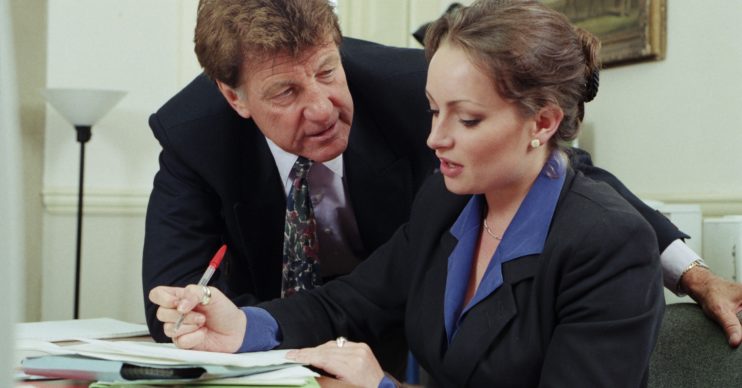 Classic Emmerdale: What’s coming up in this week’s episodes?

Classic Emmerdale is on every weekday on ITV3

Are you addicted to Classic Emmerdale? Us too! Here’s what we have to look forward to this week!

What’s to come in this week’s Classic Emmerdale episodes?

In Monday’s episodes Zak goes to great lengths in order to try and win back Nellie. Butch tries his best to exert some authority over the rest of the Dingle clan.

Zoe wants Frank to give his blessing for the wedding. But things don’t quite go to plan and she’s left furious with her dad.

Meanwhile Kim is not happy with the new housekeeper, but she soon has bigger issues to deal with. When Kim and Dave go to the Woolpack they receive a frosty reception.

Jack ends up landing himself in it when he forgets Sarah’s birthday.

Nick runs into trouble when he catches poachers red-handed. But they’re far from understanding and he ends up getting attacked.

The Dingles think Zak has convinced Nellie to come home. But is all as it seems?

Kim’s solicitor arrives, however it’s not to bring good news.

Emma and Zoe head on their night out but they’re interrupted by Susie.

After thinking Nellie is returning home, the Dingles are puzzled when Zak turns up with a mystery woman. Butch later tries to stop his dad from blowing all of his money on Marilyn. Will Zak listen to him?

Kim walks in on Kathy and Dave enjoying a drink together. Meanwhile Frank starts to celebrate that Kim is leaving.

Vic and Viv get into a blazing row at the post office.

Meanwhile Roy gets involved in a terrible accident with a saw.

Roy lays unconscious after losing a couple of fingers.

Emma tries to force Zoe into having a drink with her and Susie.

Frank leaves Tina shocked when he invites her to go on holiday. However when she later tells Mandy about going to the West Indies with Frank, it’s clear Mandy is jealous.

Nick catches the poachers once again but this time he’s prepared and threatens them with a shotgun.

Kathy is interviewed by the police over what happened with Nick. Later, Nick is due to appear in court.

Kim and Dave begin house hunting but she is determined to confront Tina about her going away with Frank.

But it looks like they might not make it on holiday as Tina loses her passport ahead of their trip.

The Vicar is shocked when Zoe and Emma tell him the blessing ceremony is for them.

Classic Emmerdale is on every weekday on ITV 3 at 1:45pm followed by another episode at 2:15pm.