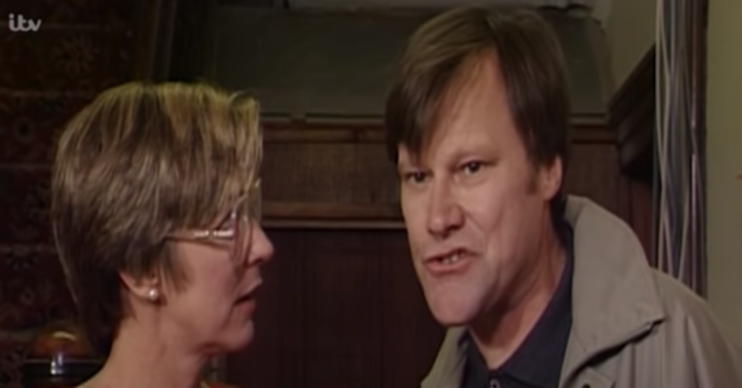 Classic Coronation Street fans are in shock at Roy Cropper’s first ever appearance in the soap.

In today’s (Wednesday, May 6) double bill of Classic Corrie on ITV3, Roy made his debut in ITV show.

In the episode, which originally aired July 19 1995, Deirdre Barlow moved into a set of flats and met fellow resident Roy.

During the second episode, Roy was introduced to Deirdre’s friend, Liz McDonald.

Viewers were shocked at how different Roy looks and sounds in his first scenes, nearly 25 years ago.

Haha!! It’s the debut of Roy Cropper!!! 👍 Whatever happened to that accent? #ClassicCorrie

This was before Roy met the love of his life Hayley, who he went on to marry. In his 25 years on the show, Roy has gone on to become a viewer favourite.

What are Coronation Street storylines is Roy involved in?

Over the last few months, viewers have learnt more about Roy’s family.

Roy’s mum Sylvia had been seen on-screen a handful of times. But after her death last year, Roy learnt he had a half-brother.

Roy tracked down his brother Richard, who Sylvia had given up for adoption as a baby, and was introduced to his niece Nina.

Sadly Richard died not long after their meeting and Roy has since taken in Nina.

Although Nina took some time to warm up to her new Uncle, the pair soon began to bond over their love of bats.

In tonight’s episode of Coronation Street (Wednesday, May 6), Nina steps in to defend Asha, who is being picked on after a video of her stripping went viral.

Read More: These Coronation Street characters have all done time – can you remember the crime?

When she spots a couple of lads pointing at Asha outside Roy’s cafe, she heads over and punches one of them on the nose.

In Friday’s episode (May 8) Asha goes to thank Nina for sticking up for her and explains she has low self-esteem.

Later, Asha opens up an envelope to find a sketch of herself. She soon realises it’s from Nina and smiles, touched.

The next classic Coronation Street episodes are tomorrow (Thursday, May 7) on ITV 3.

The first episode airs at 2:50pm followed by another episode at 3:20pm.