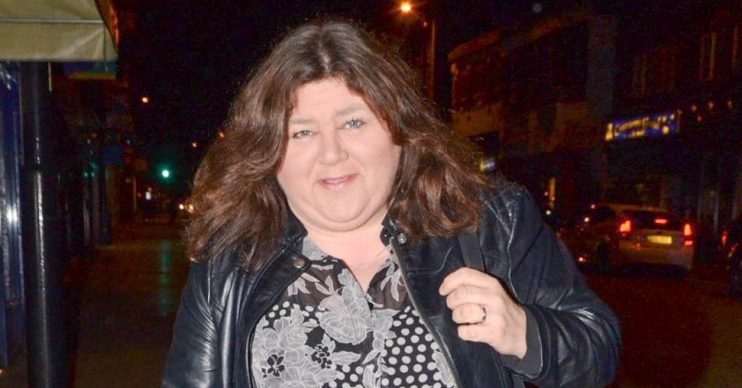 Cheryl Fergison, who played Heather Trott on EastEnders, has challenged the soap writers to bring her back as Heather’s twin.

She captioned the post: “Ok so I’ve had lots of people asking if I could go back to @bbceastenders as Hev’s long lost twin… so writers there’s a challenge and actually there is a storyline that could defo make that possible.

“Remember Hev’s mum (she was a wicked one) and aunt Babe’s terrible past of selling babies… if you would like to see this epic comeback let @bbceastenders know.”

One said: “Why not go into Coronation Street and be Mary’s twin?”

Another said: “Omg yes! Hev has and always will be my fave. This is a must.”

Fans of the soap will remember Heather was killed off in 2012 after Ben Mitchell hit her over the head with a photo frame.

Heather was introduced as Shirley Carter’s best friend in 2007.

During her time on the soap, Heather fell pregnant with Darren Miller’s son who she called George Michael, after the singer.

Towards the end of her time on the soap, it looked like Heather was going to have a happy ever after when her boyfriend Andrew Cotton proposed to her.

However he proved to have a nasty temper after he nearly hit Shirley, causing her and Heather to fall out.

Shirley rejected Heather’s attempts to make up and when Heather decided to leave and elope with Andrew, Ben Mitchell came looking for money Dot had given Heather, so he could use it to leave Walford.

As she tried to stop him from stealing her cash, he hit her over the head with a photo frame, killing her.

Eventually Shirley found out Ben was responsible for Heather’s death.

Would you like to see Cheryl return to the soap as Heather’s twin?