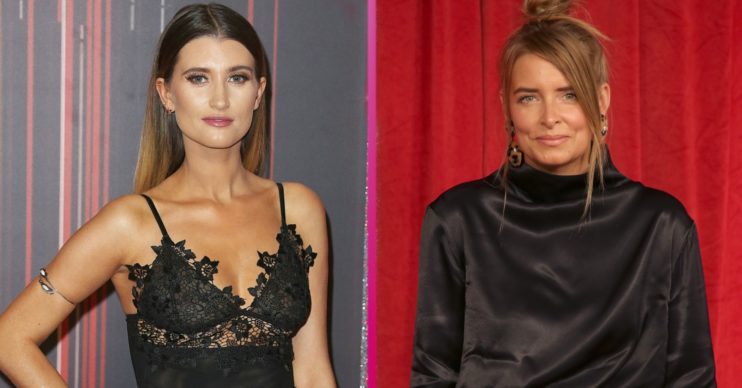 The soap stars are best known for playing mother and daughter

Charley Webb and Emmerdale co-star Emma Atkins have reunited for a fun weekend with their families.

The co-stars proved they’re just as close off-screen as they joined forces over the weekend (September 13).

Charley is best known for starring as Debbie Dingle on the ITV soap, while Emma plays her mum Charity.

Taking to Instagram, Charley documented their fun as she posed alongside Emma for a sweet selfie.

She captioned the shot: “Literally my left arm @missemmaatkins.”

After that, the 32-year-old followed the photo with a clip of Emma dancing in the garden with her three sons –  Buster, 10, Bowie, four, and Ace, one.

In addition, Emma, 45, also appeared to be joined by her five-year-old son Albert.

The group were seen busting a move to Michael Jackson’s Bad in a huge garden.

Alongside the clip, Charley added: “Sunday’s. My team @missemmaatkins.”

The Emmerdale stars share a close bond and often meet outside of work.

Charley previously opened up on their friendship, likening her relationship with the Dingle favourite to that of a sibling.

Speaking to OK! Magazine, Charley said: “Emma’s like a sister. She drives me mad and we argue like sisters.

“When I was pregnant with Bowie I was working 12-hour days but with this one I’m so drained so Emma, who lives close by, cooks for me a lot.”

Meanwhile, their reunion comes days after Charley admitted to sobbing as her eldest son Buster returned to school.

She told fans the special day marked her son’s final year of heading off to primary school as he prepares to take on secondary next year.

Meanwhile, Charley shared a sweet snap of Buster looking smart in his school uniform outside her home in North Yorkshire.

She wrote: “I can’t believe he’s in his last year of primary school.

“If you need me I’ll be sobbing in a corner somewhere.”

The actress shares her sons with husband Matthew Wolfenden, with the couple tying the knot in 2018.