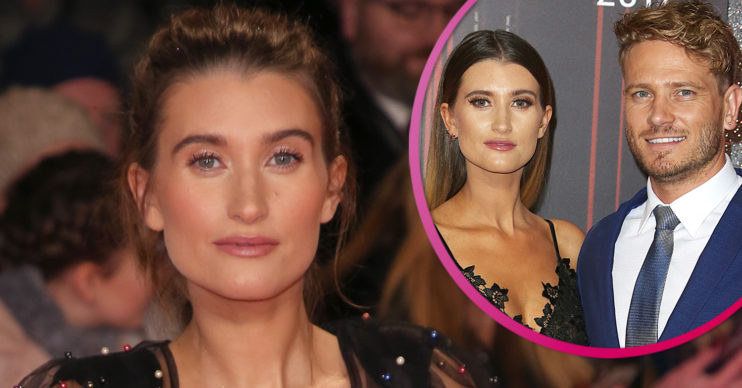 Charley Webb was left “sobbing” on her eldest son Buster’s first day back at school.

The Emmerdale star, 32, told fans the special day marked her son’s final year of heading off to primary school as he prepares to take on secondary next year.

Charley shared a sweet snap of Buster looking smart in his school uniform outside their family home in North Yorkshire.

The 10-year-old flashed a huge grin ahead of his first day back.

Charley captioned the shot: “I can’t believe he’s in his last year of primary school.

“If you need me I’ll be sobbing in a corner somewhere.”

However, things didn’t go exactly to plan ahead of Buster’s school return.

Earlier this week, Charley revealed that she suffered a few hiccups after forgetting to buy her son’s shoes and ordering the wrong name tags.

Addressing her 470k followers on Instagram Story, she joked: “So in terms of school stuff, it’s going really well.

“I forgot to get Buster’s school shoes (but) I managed to get them as I ordered them online because when I went in they didn’t have any in his size.

“Got the labels with their names on to put in all their clothes – they arrived today and they’re not for clothes. They don’t go into clothes.

“They only stick on lunch boxes, water bottles – anything but clothes!”

Charley later went on to admit she was “nervous” about her sons Buster and Bowie going back.

The Debbie Dingle star went on: “Not that I’m complaining, because I’m still feeling quite nervous actually. But yeah, it’s just weird that everyone’s kids are going back to school.”

Charley left the ITV soap last year as she went on maternity leave, but it certainly hasn’t stopped her catching up with her co-stars.

The pair playfully posed for a selfie shot on Instagram, captioned: “My one.”

Charley gave birth to her third son Ace in July 2019, however, she has not yet returned to the show.