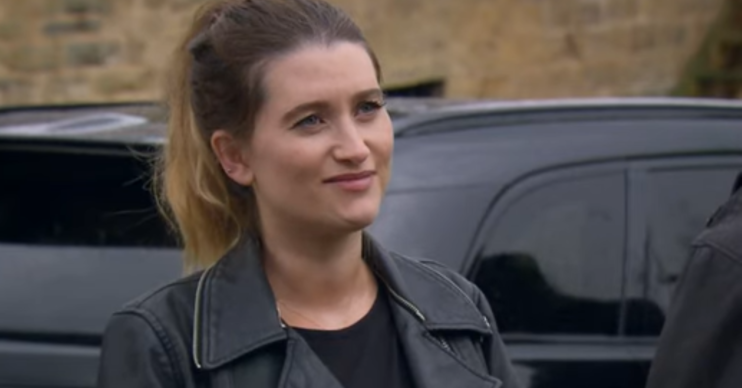 Charley Webb has been in talks over an Emmerdale return but says she’s focused on motherhood.

The 32-year-old actress, who plays Debbie Dingle on the show, went on maternity leave last year as she and her husband and co-star Matthew Wolfenden welcomed their third child into the world.

Her family life means she isn’t ready to head back to work just yet.

She told OK! Magazine: “At home with the kids is where I need to be at the moment.

“We’re in talks and work has been amazing about giving me the extra time I need. The difference from two to three children feels huge, so I haven’t confirmed when I’m going back yet.

“Bowie starts school in September, and I want to be around for that. I can’t imagine being back at work at the moment.”

Charley has sons Buster, 10, Bowie, four, and eight-month-old Ace with Matthew, and the proud dad admitted he has a new found respect for “stay-at-home parents” after spending more time at home during the coronavirus pandemic.

He said: “Lockdown has made me realise how tough it is for stay-at-home parents. I’m more tired than ever. Going back to work will feel like a holiday!”

The 40-year-old star, who plays David Metcalfe on Emmerdale, admitted he hasn’t been told exactly when the ITV soap will resume filming as production looks to get underway again next month, but he’s definitely itching to get back on set.

He added: “There’s lots of speculation but we don’t know at the moment.

“I’m really missing it and it’s the longest I haven’t filmed for. It will be nice to go back and see all my mates there.

“I think filming will be totally different with less actors in scenes, but we’ll have to cross that bridge when we come to it.”