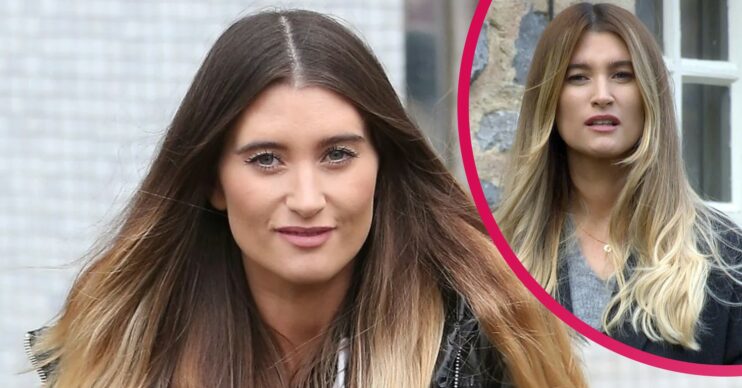 The actress joined Emmerdale as Debbie Dingle in 2002

Charley Webb has confirmed her departure from Emmerdale after 19 years on the ITV soap.

It comes after reports claimed that the actress “quit” after her husband, Matthew Wolfenden, apparently became involved in a racism row on set.

Now, Charley has finally broken her silence on the rumours.

The soap star addressed the reports on Instagram yesterday (January 3), alongside a snap of herself and husband Matthew.

The couple were joined by their three sons, Buster, 11, Bowie, five, and Ace, two.

Speaking of quitting the soap, she said: “This is always my most asked question but I’ve never answered it before because I’ve never wanted to make a big deal of it.

I’ve never wanted to make a big deal of it

“I left to have Ace 2 years ago. I went back at the end of last year for 10 weeks to complete a storyline.

“So, I guess officially it’s been a year. I never felt the need to announce it which is why we didn’t.”

Charley went on maternity leave before welcoming her youngest son in July 2019.

However, reports recently suggested that she quit following an alleged spat involving Matthew.

A source previously told The Sun: “Charley is closing the door on Emmerdale for good and won’t be going back. The past few months have given her time to think about the future and it is one that doesn’t involve Emmerdale.

They added: “Naturally the door is open for her character, who is now living in Scotland, should she change her mind. But for now she is looking to the future.”

Meanwhile, an ITV spokesperson said there are “no plans for Debbie Dingle to return” to the soap.

What happened on the Emmerdale set?

At the time, soap bosses were apparently forced to intervene after things turned heated.

However, Emmerdale said in a statement: “We would never comment on individual cases.

Matthew and Isobel both categorically deny any wrongdoing.