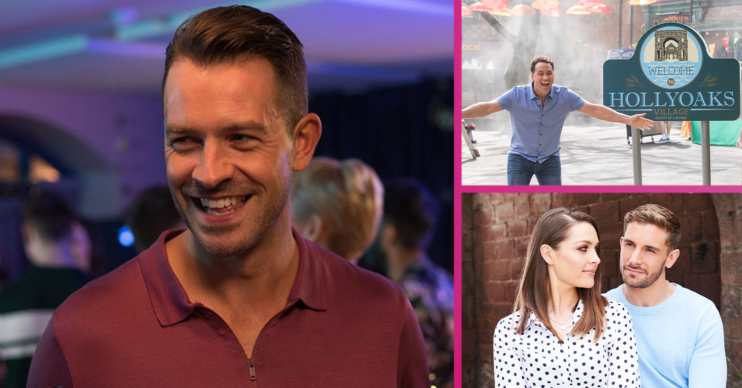 The show will come back later this year!

Channel 4 has revealed Hollyoaks will come off air next week.

Back in March, Hollyoaks halted production due to the coronavirus pandemic. But the cast and crew returned to work yesterday (Monday, July 13) filming on site at their Liverpool Lime Pictures studios.

However, the show is running short on episodes. On Tuesday, July 21, the final episode will be shown before the soap temporarily comes air.

After the final episode is shown, a trailer will be released revealing what’s to come when the soap returns to screens later on this year and in the lead up to Hollyoaks’ 25th anniversary.

When will Hollyoaks return to screens?

Although fans will be sad to see the soap go off air, the show will return in September. Weekly episodes will also be increased to four a week!

While the cast and crew are now back filming, like other TV productions, they will have temperature checks and social distancing measures are in place.

Speaking about returning to work Imran Adams, who plays Mitchell Devereux, revealed: “The moment you’ve all been waiting for, Hollyoaks is back. I’m in the iconic Hollyoaks village and we are back filming and everyone here is so excited.

“We have so much planned for you guys and we’re all ready to get back and cracking.”

What is happening on-screen currently?

At the moment, viewers are seeing the aftermath of Kyle Kelly’s suicide and the impact it’s had on his family and friends.

While Nancy is grieving for her fiancé, Kyle’s friend Darren is also struggling with depression.

Meanwhile, Tony’s behaviour has become increasingly strange since his operation ‘to remove his brain tumour’.

However what Tony doesn’t know is he never had a brain tumour. His dad lied in order to get closer to Tony’s wife Diane.

Viewers also recently saw the arrival of Cormac. Cormac is the man who ran the care home both Felix and Warren lived in as children.

Warren contacted his former mentor after Felix revealed Cormac abused him as a child. What does Warren want with him?

Are you sad that Hollyoaks is coming off air? Leave us a comment on our Facebook page @EntertainmentDailyFix and let us know what you think of this sensational storyline twist!