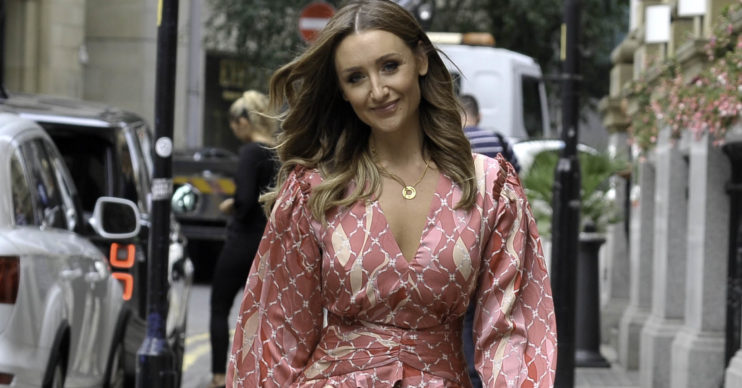 The actress wowed as Madonna

Coronation Street star Catherine Tyldesley has treated fans to a string of throwback snaps from her former soap days.

The 36-year-old actress – who left the ITV show in 2018 – looked drastically different in the photographs shared to her Instagram profile today (July 23).

In the photos, Cath and her co-stars pose in fancy dress while filming scenes for Corrie’s street party to celebrate the Queen’s Diamond Jubilee in 2012.

Read more: Kevin Clifton ‘plans to propose to Stacey Dooley’ as their relationship heats up

However, it was the mum-of-one who clearly stood out as she flaunted her tiny waist in a silk corset as Madonna.

Cath’s co-stars rushed to comment on the post, with Ryan saying: “What you doing to me here.”

While one fan pleaded for the star to return to the show, writing: “You should come back to Corrie. We miss you.”

A second agreed: “We need you back on the street ❤️.”

When did Cath leave Corrie?

Cath revealed she was quitting Coronation Street back in 2018.

The actress had played Eva Price for seven years, but hoped the move would broaden her opportunities.

Speaking to the Sunday Mirror, she said: “We plan to travel, laugh as much as possible, live in the moment, work hard and cuddle my boys.

“In between, I’m writing books and scripts too, ideally on a beach or in the Lake District.”

She added: “It’s been the hardest decision of my life. Corrie is my second home – best seven years of my life.”

Cath has since gone on to compete on Strictly Come Dancing, where she was partnered with Johannes Radebe.

The actress’ latest social media post comes days after she was forced to defend herself after sharing a video of her son shouting “Fat Cath!”

On Instagram, Cath posted a clip to show fans an old cardboard cut-out of herself from before her weight loss.

At the sight of it, her husband Tom jokingly said, “Jesus! Wow” and their son, five-year-old Alfie, burst out, “Fat Cath!”

The actress preempted negative comments in the caption of the video, where she wrote: “When you find your old self hiding in the garage… #fatcath

“To anyone about to jump on a high horse – I’m calling myself ‘fat’ because I was. I was greedy, I ate junk, I was unhealthy. Curves are beautiful… I love mine.

“But there’s no skirting around the fact that at this point in MY life, I considered myself ‘fat’. Ffs.”

She also replied to a fan, saying: “He’s not laughing at ‘fat people’. He’s got a great sense of humour and is old enough to recognise that Mummy is taking the mick out of herself.

“He’s also aware that the country is in an obesity crisis and looks up to the fact that Mummy has been helping complete strangers lose weight free of charge for seven years.”