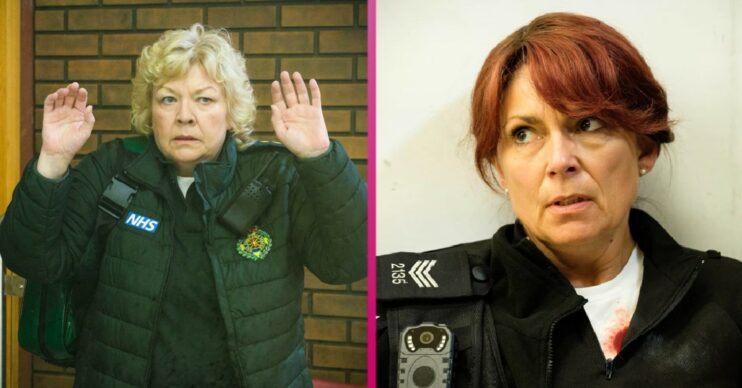 Casualty SPOILERS: Stevie exposed and a hostage horror for Jan and Ffion

The medical drama is back with an explosive episode

The gripping episode will show the dramatic aftermath of the last edition’s bombshells seeing Stevie’s feud with Ethan finally come to a head.

Nurse Stevie has been secretly scheming against Ethan for months – and got a job in the emergency department just to take revenge.

She blames him for her sister’s brain injury and later her death after he made a mistake treating her.

Stevie will be forced to address what happened – all the while knowing that Ethan could wake up at any moment and expose her.

Dylan will question her over what went on – putting her in a tight spot.

Full of panic about what could play out, Stevie only has one place to turn – Faith.

She confides in her old friend about what’s been going on and while it makes her feel better – how will Faith react to the news of what Stevie has been hiding?

Meanwhile while Stevie faces exposure – Jan and Ffion are left in a horrifying situation of their own.

The troubled couple end up facing a loaded gun – and they might not survive.

When a car crash happens, Jan is summoned to the scene to help him.

She’s shocked when she finds her estranged wife at the scene too – having returned to work following her cancer treatment.

However the bigger shock comes when Ffion drops her divorce lawyer into the conversation before leaving.

Jan reels but she soon rallies herself when shots are fired in a nearby building and she realises Ffion is in danger.

Desperate to help her wife, Jan rushes in. She finds a wounded Ffion desperately trying to stop the man from hurting his hostage.

Ffion begs Jane to run while she still can – but headstrong Jan refuses.

Will they get out of it alive? And could the situation bring them back together?