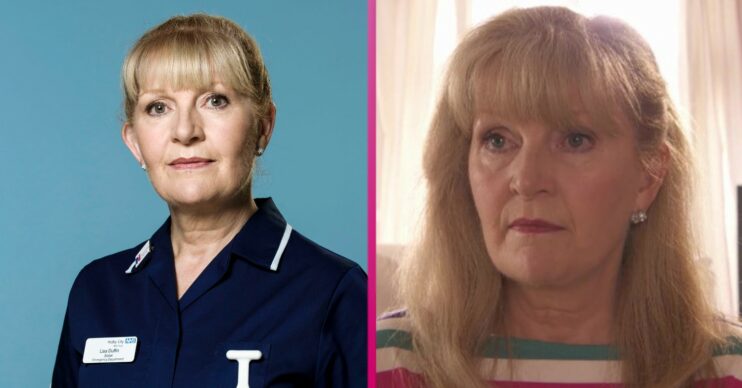 The actress will play one of the Morgan family

The Nurse Duffy actress will join Hollyoaks in an explosive role as Luke Morgan’s grieving relation.

Best known for playing caring Duffy in the long-running BBC medical drama, Cathy played the role for more than 30 years.

Last year Duffy died in tragic circumstances after her dementia took hold of her, with Cathy deciding to move on.

And now she will make her Hollyoaks debut as Luke and Zara’s aunt.

Arriving in the village with the sad news her husband has passed away, Cathy’s character Lydia will break worse news – he died from FTD.

And his uncle’s death from the condition will leave him shaken.

Viewers have watched recently as Luke’s wife Cindy has been growing increasingly concerned at Luke’s health.

She is convinced that his condition is getting worse – something he won’t accept.

And now Lydia will arrive armed with advice on how Cindy can cope with living with and loving someone with the condition.

Actress Cathy bowed out of her famous Casualty role after taking on the subject of dementia herself.

The nurse realised she was forgetting things – and effectively self-diagnosed herself before getting the official word.

After realising her condition was putting patients at risk, she told Charlie about it and was forced to take a step back.

He vowed to stand by her and cared for her until the end. She died in 2020 leaving fans devastated.

Speaking to Digital Spy at the time, Cathy explained: “There was a movement between the show to take on long lead stories. Stories that last longer than one episode or a month.

“These stories were going to play out over a long period of time, like Iain’s depression story. They approached me and asked what I thought. I hadn’t said this to them but I already knew when I went back four years ago that I wouldn’t want to stay forever.

“That married with this and I knew I’d want to see the story through. They planned it out over the last two years so, in a way, it was a mutual thing.”