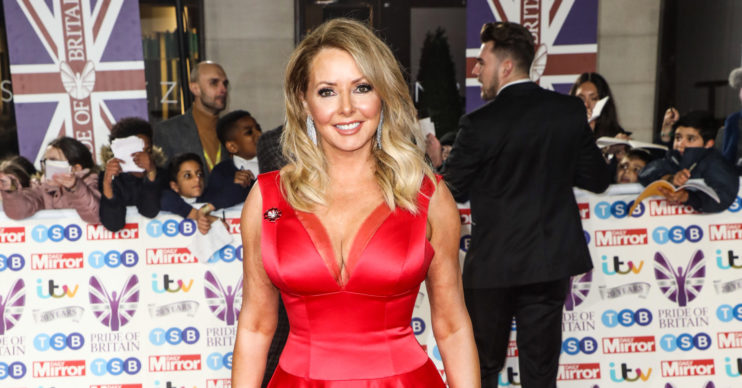 Carol had a perm back in the 80s

Carol Vorderman has compared herself to a Coronation Street legend in a throwback picture from when she was 20.

Fans commented on the picture.

A third added: “Don’t worry Carol we all had them! At least you didn’t have yours layered as well! Your mum must have been literally bursting with pride.”

Back in the 80s, perms were a popular hairstyle, which meant a person would have their hair curled and it would last for around three months.

In terms of her style, she was well known for wearing her big glasses. Although she did sport straight hair for a while, Deirdre also had a perm.

Deirdre was always a huge part of the soap. But especially in the 80s.

After marrying Ken, Deirdre famously had an affair with Mike Baldwin. But Ken and Deirdre eventually reconciled.

Ken continued to be on and off, but remarried in 2005. They remained together until Deirdre’s death.

Currently celebrities are sharing photos of themselves at 20 years old revealing their old hairstyles.

Other celebs who have shared their pictures include EastEnders actress Lorraine Stanley, who revealed she was influenced by Bob Marley, and EastEnders star Ricky Champ.

What hairstyle did you have when you were 20?

Did you ever have a perm? Leave us a comment on our Facebook page @EntertainmentDailyFix and let us know what you think of this story.