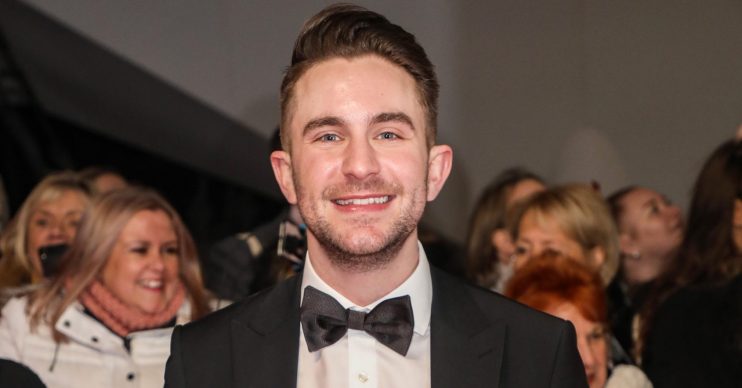 Tony Clay, who plays Callum Highway in EastEnders, has shared a sweet Valentine’s Day message to his girlfriend Olivia.

The actor posted a picture with Olivia on his Instagram page.

He captioned the post: “I love you more than words! Happy Valentine’s Day my girl xx.”

Tony commented back joking: “Come on mate, don’t be like that to Liv.”

Tony often posts pictures of Olivia and on her birthday, he posted also posted a tribute to her.

Judging by their Instagram accounts, the couple have been together over three years and often enjoy having date nights together.

The actor has been busy the last year as his alter ego has been part of a big storyline.

Last year, whilst Callum was in a relationship with Whitney Dean, he was hiding the fact that he’s gay.

Although he went on to propose to Whitney, the night before their wedding, he confessed that he had cheated with Ben Mitchell.

Whitney and Callum still planned to go ahead with their wedding but Whitney ended up leaving him at the altar.

Since his break up with Whitney, he has had an on and off relationship with Ben.

This week, Callum was shocked to learn Keanu, who he thought had been killed, was actually alive.

Keanu kidnapped Callum to get revenge on Ben for trying to kill him and has demanded £100k for Callum’s release.

With the show’s 35th anniversary next week, it looks like not everyone will survive.

Ben is determined to stop Keanu killing Callum, and ends up going to desperate lengths to save the life of the man he loves.

Will Ben be able to get Callum back?