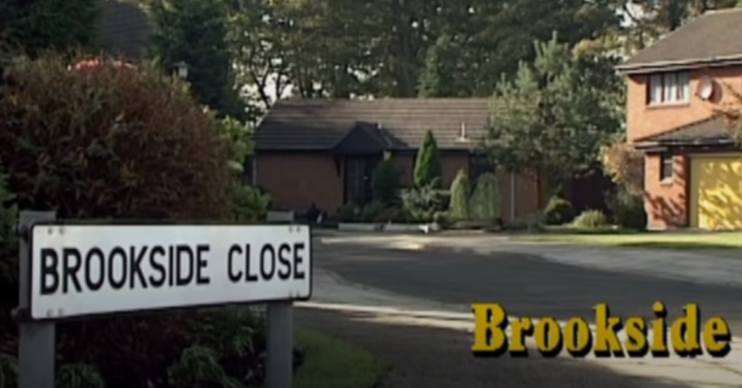 Brookside was cancelled in 2003

A Brookside fan has launched a petition for the release of classic episodes of the soap.

Brookside aired on Channel 4 from 1982. However it was eventually cancelled in 2003.

The show featured many out-there storylines including a body under the patio, a sibling incest storyline, a helicopter being shot down into a petrol station, and a mysterious killer virus.

Lee Brady, the man who successfully managed to win a campaign to get a DVD boxset of the soap’s greatest hits, has launched a new petition to release more episodes.

His hope is to get a second volume, or some of the soap’s episodes will be aired on streaming services.

Lee and his friend Stephen Lee-Butler have launched the campaign via their Facebook Brookside fan page. At the time of writing, 488 people have signed the petition.

But his last campaign proved fans wanted to see more of Brookside. And Lee is determined to get the classic soap episodes to be released.

What has Lee said about the new campaign?

Lee told the Metro: “What we want to get out is a second volume basically of classic Brookside episodes.”

He said that he has emailed Channel 4, but due to current circumstances with the coronavirus pandemic, they will get back to him in a while.

“The petition is to be used as a basis to show an appetite for it,” he added. “There’s still huge interest in it and the old box set also brought in new fans.

“There are a lot more fans on Facebook as well who would love to see these episodes for the first time as well as the long-term fans who want to relive them.”

He added: “There’s a huge nostalgia around it and there’s not much on YouTube but Brookside was always ahead of its time. Streaming would be an option too, like what ITV are doing – one of my mates is trying to get them either streaming or repeats on TV.

“Because it was based in Liverpool, there’s a new generation who would watch it for that as well and have never seen anything like it before. They could really get into it.

“Brookside had that gritty edge, which a lot of people enjoy in their dramas right now.”

Did you use to watch Brookside? Leave us a comment on our Facebook page @EntertainmentDailyFix and let us know what you think of this story