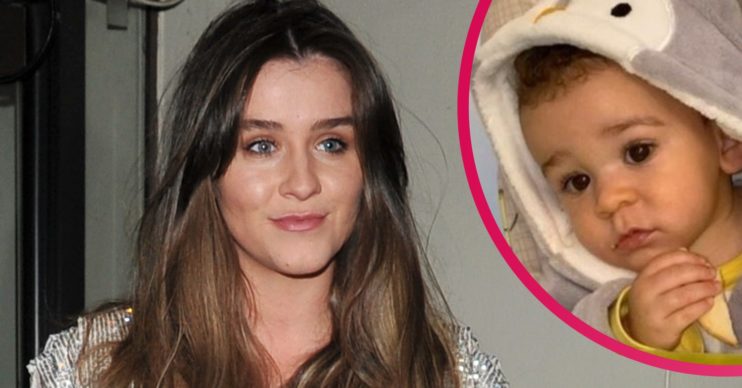 The tot is already in a routine

Brooke Vincent has opened up on life as a new mum with baby son Mexx.

The Coronation Street star – who is best known for playing Sophie Webster – is currently on maternity leave after welcoming the tot with boyfriend Kean Bryan last year.

And it appears Brooke has well and truly settled into motherhood, as she opened up on Mexx’s daily routine on Instagram.

What did Brooke Vincent say about her son?

The actress, 28, shared an adorable clip of her son in his dressing gown during snack time.

She captioned the video: “Does anybody else just sit and watch videos of their baby when they go to bed or is it just me?

I live for mornings when you’re greeted with a beaming smile & lots of cuddles!!

“I actually miss him so much once he’s gone to sleep, I live for mornings when you’re greeted with a beaming smile and lots of cuddles!”

Brooke later went on to share the details of a sleep specialist, who helped her perfect little Mexx’s nighttime routine.

She added: “Fortunately I’ve always been lucky that Mexx has slept well, I had him in a routine from three months.

“And to me it’s amazing that we know what time ‘bedtime’ actually is and the routine surrounding this, especially for Mexx.

“He will now know that he has a play in his room then bath, bottle and then he goes to sleep.”

Earlier this month, the star revealed the tot had already reached several milestones.

As well as clapping, the nine-month-old had perfected the art of standing up.

She also uses her social media platform to share sweet snaps of the youngster.

Brooke is currently on maternity leave after giving birth to Mexx last October.

While it’s not known when the actress will return to the ITV soap, it will likely be at some point this year.

Asked when she might return, Brooke recently revealed: “I’ve been on Corrie since I was 11 so it’s nice to have some time to be with my new baby and in our new home before going back.