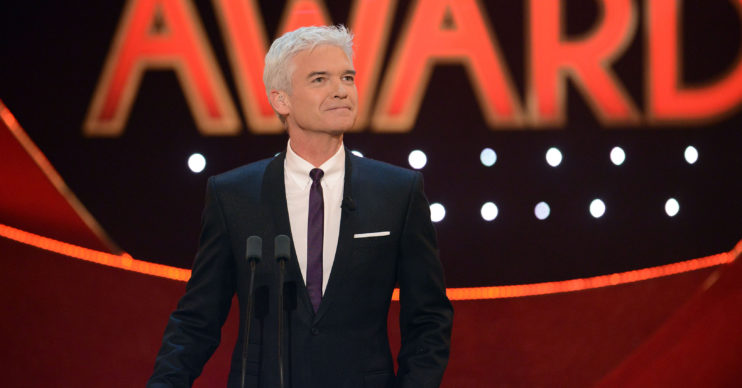 The awards have been cancelled this year

The British Soap Awards Celebrates 21 Years took us on a trip down memory lane last night with host Phillip Schofield.

The This Morning presenter narrated the documentary looking back on the last 21 years of the ceremony.

But there were some memories that were too overwhelming for those watching at home.

Seeing the great Dame Barbara Windsor delivering her speech for her lifetime achievement award moved many as the Peggy Mitchell actress has since been battling Alzheimer’s disease.

As Barbara thanked the public and her on-screen sons Steve McFadden and Ross Kemp, she punched the air with joy and said she was “so, so proud to receive the award”.

She won the Lifetime Achievement award after her death in 2015 and it was subsequently collected by her husband, David.

Speaking about his co-star, William said: “Anne Kirkbride was a wonderful, natural and instinctive actress who devoted her career to Coronation Street

“Anne’s love and warmth shone through the character of Deirdre which is why she played the part for 42 years, becoming as much a part of the Street as the cobbles themselves.”

He referenced some of her biggest storylines for example Deirdre’s affair with Mike Baldwin and the ‘Free the Weatherfield One’ campaign.

Other moments that were relived also had viewers in tears including the time Emmerdale was awarded Best Exit for the death of Batley the dog.

thank you @itvstudios for showing the #BritishSoapAwards tonight , that was a very nice nostalgic journey , the lifetime achievement speeches are very emotional

I love @SoapAwards but these lovely lifetime achievement speeches aren’t half making me emotional. I miss Deirdre, I feel so sad seeing Dame Barbara Windsor at her best and hearing the lovely words. #britishsoapawards

#BritishSoapAwards Celebrate 21 Years 🎊@ITV @SoapAwards #SoapAwards | Peggy from @BBCEastenders #Eastenders will always forever be an icon in my eyes. It breaks my heart so much that she is now suffering. I’m sending her and all of her family so much love ♡

Watching the #SoapAwards is making me emotional 😭😭

Tearing up at #SoapAwards2020 #soapawards. So many missed. So much sadness and smiles. #coronationstreet #eastenders #emmerdale.

There was also a lot of surprise at seeing the youngsters of the soaps all grown up now.

Many viewers were stunned by how “cute” they were, but also said it made them feel old!

What was your favourite moment of the British Soap Awards? Leave us a comment on our Facebook page @EntertainmentDailyFix and let us know what you think of this story.