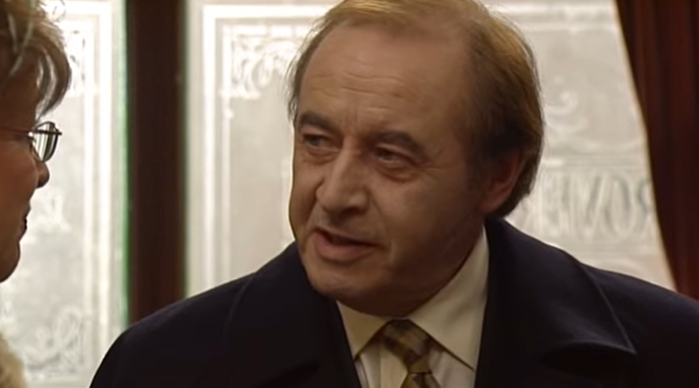 The actor played Ray Langton on the cobbles

Neville Buswell, who played Ray Langton in Coronation Street, has passed away at the age of 76, according to reports.

According the The Mirror, an obituary from an undertakers in Las Vegas, where Neville lived, shared his picture with a sweet poem as tribute.

He first appeared in Corrie in 1966, before leaving later that year.

He returned to the cobbles in 1968 and stayed for a 10 year stint, during which time he married Deirdre Barlow.

But after their daughter Tracy was born, womanising Ray abandoned them both to move to Amsterdam following an affair with a waitress.

After departing Corrie, Neville moved to the US and worked as a croupier and a manager at a Las Vegas casino.

As a result of his Vegas connections, Neville appeared in Coronation Street spin-off Viva Las Vegas!

In the 1997 special, his character Ray was working in a bar and came across Vera Duckworth (Liz Dawn) while she was holidaying in Sin City.

Vera told him what had been happening in Weatherfield since his departure, but he thought she was joking, so he came up with a bizarre story about hiding from his evil twin.

He then came back in 2005 for a six-week run, which saw Ray lose his battle with cancer.

Ray passed away in the Rovers following Deirdre and Ken’s second wedding.

More to follow on this story as we have it.