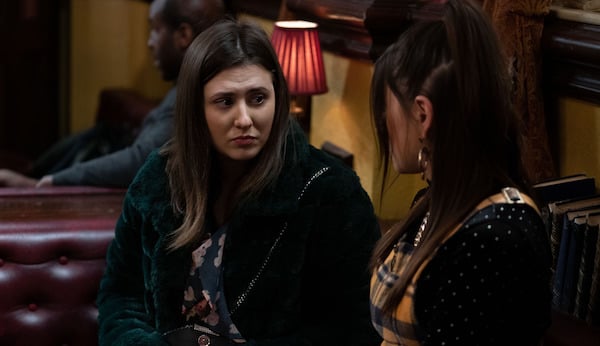 EastEnders 35th anniversary: bosses argued over who should die in boat disaster

A major character will meet their end!

Bosses of EastEnders argued over who should die in the soap’s 35th anniversary boat disaster.

As reported in The Sun, at the screening for the dramatic episodes, senior executive producer Kate Oates said: “We discussed it in depth and we actually had a lot of arguments about it as well.

“The conference room is a vibrant place and we discussed a lot of different options but we knew in our hearts that this was the story.”

Kate and executive producer Jon Sen remained tight-lipped about who dies but they did reveal the show used code names for characters to hide identities.

Jon revealed: “We do a lot to hide and protect our storylines. In scripts and story documents this character had a code name – still in the scripts – and so if anyone happened to leave their script laying around then the truth would not be unveiled.”

Kate added: “I’ve learned over the years that the reward that comes with a twist is just brilliant.

Whilst who meets their end has remained a secret, Danny Dyer, who plays The Vic landlord Mick Carter, has said “it’s a shock”.

Speaking on This Morning, he said: “It’s real shock who goes, I’m telling you.”

But disaster soon struck when the boat crashed and started taking on water on the lower decks.

Mick’s wife Linda is trapped but he soon managed to find her.

Will they be able to get out in time?