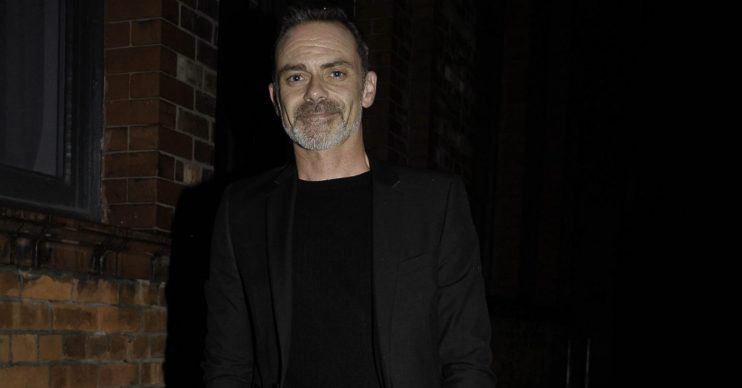 Daniel Brocklebank, who plays Billy Mayhew in Coronation Street, has shared an adorable photo of him having “puppy snuggles” with his two dogs Colin and Karen-Jean on Valentine’s Day.

Friends and fans rushed to comment on the picture.

A second commented: “How gorgeous are they?”

Last year, Daniel announced that he had adopted Colin from Dogs Trust.

In an appearance on Loose Women, Daniel revealed Colin had been saved from an illegal puppy smuggling ring.

Earlier this month, the soap actor introduced his new dog Karen-Jean to his social media followers.

On Instagram he wrote: “I would like to introduce you all to the newest addition to the family… Colin now has a sister, Karen-Jean! Huge thanks for the @DogsTrust again for all their amazing support.”

The actor joined the cast of Coronation Street five years ago as vicar Billy.

Recently he has been part of the historic child abuse storyline, where it was revealed Billy’s on and off boyfriend Paul Foreman had been groomed by his stepdad Kel Hinchley.

Billy has tried his best to help his boyfriend and was left unimpressed when Paul’s mum Bernie catfished Kel in an attempt to expose him.

Her interference nearly jeopardised the case against Kel and she made the decision to leave Weatherfield.

Do you have dogs of your own? Leave us a comment on our Facebook page @EntertainmentDailyFix and let us know what you think of this story.