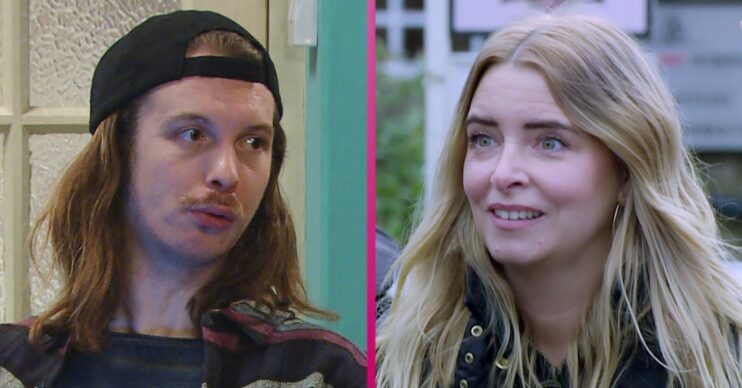 Charity and Ryan are the new owners of the Woolpack

Emmerdale’s Ryan Stocks and Charity Dingle have bought the Woolpack and it looks like there will be big changes coming to the Woolpack.

In tonight’s episodes (Thursday, February 3) it was revealed Ryan and Charity had bought the Woolpack and would be the new owners of the pub.

But will there be changes to the Woolie?

Read more: OPINION: Thanks for bringing Vanessa back, Emmerdale, but what have you done to her?

Emmerdale: James Moore talk about the changes to the Woolpack

James Moore, who plays Ryan Stocks, has revealed that his character will want to make some changes to the pub.

When asked if Ryan and Charity will want to make any radical changes, he said: “I think Ryan may want to modernise the Woolpack and create a more youthful vibe to the pub.

“As we know he is a computer wiz and I expect he will have good ideas for promoting the club on social media et cetera.

“The pub is undergoing a large refurbishment at the moment and I can’t wait to see the changes they make.”

“But I imagine Ryan would have some very good ideas about changing the vibe and energy in the pub and bring a modern touch to the space.”

Emma Atkins, who plays Charity, was asked if there are any radical changes and she described some of the changes being made to the pub.

She said: “The refurb is brilliant and well thought out. They manage to maintain that country pub style, with a modern twist, using a really vibrant velvet upholstery in wonderful autumnal colours.

The refurb is brilliant and well thought out.

“The new snug area is my favourite.

Emma added: “During the design process, Ryan rightly points out the pub is also in need of wheelchair access and suggests one section of the bar be lowered in order to cater for everyone.”

What will the villagers think of the new pub?

Are you looking forward to seeing the new Woolpack? Leave us a comment on our Facebook page @EntertainmentDailyFix and let us know what you think!