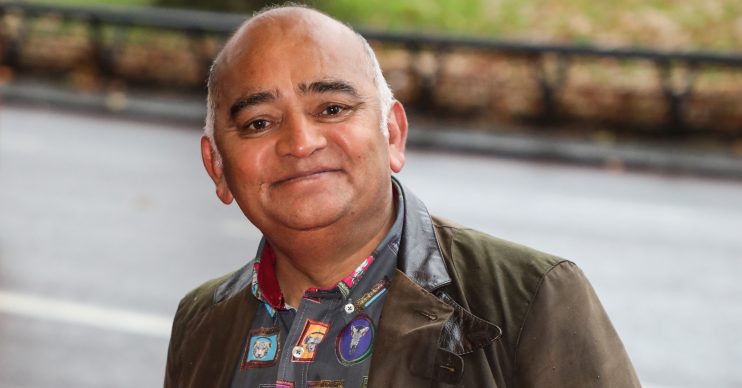 Tip the dog was recently killed off

Bhasker Patel, who plays Rishi Sharma in Emmerdale, has shared some adorable behind the scenes pictures with Tip the dog actor Villassa Cherry Ripple.

Another added: “Awwwww too cute.”

In last night’s episode (Thursday January 30 2020) it was revealed poor Tip had been killed.

Last week the Sharmas’ pooch ran away and they have spent the last few weeks looking for her.

Last night, Andrea struggled to hide her guilt as Priya put up a missing dog poster.

Andrea later confessed to her husband Jamie that she accidentally ran over the pooch on the night Graham was killed.

She revealed she hit the dog and buried her in the woods, which would explain why viewers saw her covered in blood on the night of Graham’s death.

She said she hasn’t told anyone as she had been drinking and feared getting into trouble.

Andrea decided to lie to the police that she was with Jamie that night and they both gave each other a false alibi.

However Andrea has no idea Jamie was actually with Belle Dingle, and the two slept together.

Will she ever find out where Jamie really was that night?

Will you miss Tip? Leave us a comment on our Facebook page @EntertainmentDailyFix and let us know what you think!