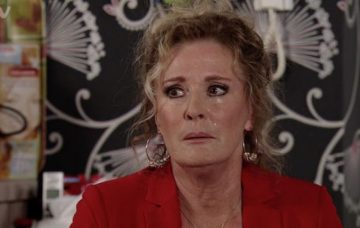 She's been on the cobbles for 30 years

This December Bev will be celebrating 30 years on the cobbles, but she has decided the time is right to leave the lovely Liz behind.

The 62-year-old actress admitted she was “numb” when she told bosses she’ll be leaving the cobbles next year.

Beverley admitted she was leaving a “safety net” behind as she moves on from Corrie, but she hopes older actresses will be able to find appropriate roles without being sidelined

She said: “I’m sick of ageism in the industry.

“Although I’ve had to leave the safety net of being in Coronation Street to do this, I’m hoping that ageist bosses, of which there are many, take note of how successful this show is and it starts the ball rolling on helping other women my age, get the roles they still deserve.”

Although she’ll be done with the show next year, Beverley recently revealed she would love her on-screen family back on the cobbles in 2020 for a 10-year reunion of their last appearances together.

I’ve been told Liz is going to go with one hell of a bang. I can’t wait!

She previously said: “I so wish the producers would get us all back together. I know the fans would love it.”

Charlie Lawson – who plays Liz’s husband Jim – returned for a brief stint last year, and Beverley hopes next year they can appear with their on-screen sons Steve (Simon Gregson) and Andy (Nicholas Cochrane) one more time.

The family first debuted on the ITV show back in 1989, and have become a favourite with fans.

Although Liz and Simon are still Corrie mainstays, Nicholas hasn’t appeared in a decade, and he hasn’t been a full-time cast member since 1997.