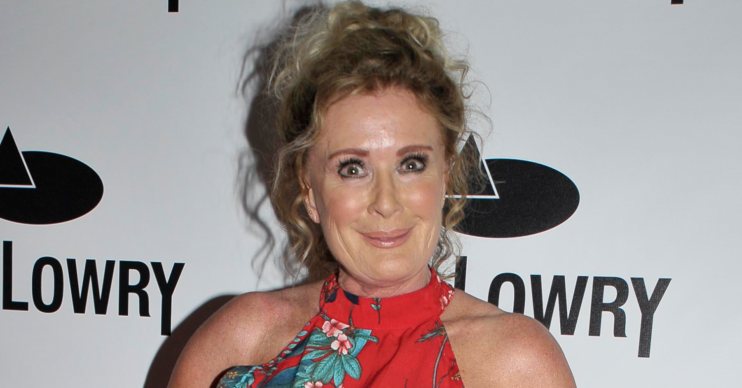 Husband Jon isn't on board with the plan

Beverley Callard has revealed that she is having a facelift to prolong her career.

And, she revealed, that she feels as if she has been “emotionally bullied” into it.

And she admitted that her husband Jon doesn’t want her to have it done.

What did Beverley Callard say about her facelift?

Beverley – famous for playing Liz McDonald – revealed: “I hate bullying in any shape or form but I feel we are emotionally bullied into it.

“I don’t criticise other women for the way they look. I’ve worked in the fitness industry for over 35 years. I’d never advocate for being a stick insect or a couch potato.

“The whole idea of being fit and healthy is to feel healthy and feel good about yourself.

“It doesn’t matter what size or age you are but unfortunately the world doesn’t see it that way,” she said.

How old is Beverley Callard?

Beverley is 63 and said she isn’t having the facelift for anyone else – it’s something she wants to do for herself.

“I’m not doing it for anyone else,” she revealed.

“I’m 63, I don’t actually want to be any younger. But I don’t want my working life to finish because of the number of years I am rather than anything else.”

Beverley also confirmed she was having the surgery because she fears that, if she doesn’t, her acting career would be over.

I’m 63, I don’t actually want to be any younger. But I don’t want my working life to finish because of the number of years I am rather than anything else.

“Also, I’m never happy with me, that’s my demons. I hate mirrors, I don’t look at photographs of myself and it’s not false modesty, I just don’t like it,” she added.

“Even if we’re in the car and Jon’s driving and I pull the mirror down, I have to put it back up. I hate it. That’s just me, so I feel maybe my working life won’t come to an end because of the way I look.”

What does her husband think of her plans?

Beverley’s husband Jon doesn’t want her to get a facelift.

She revealed: “I have to say, Jon really doesn’t want me to have it done.

“As I say, I don’t want to be younger, I will never lie about my age. I just hope it will make me look a bit better.”

Head to our Facebook page @EntertainmentDailyFix and tell us what you think of Beverley’s comments.