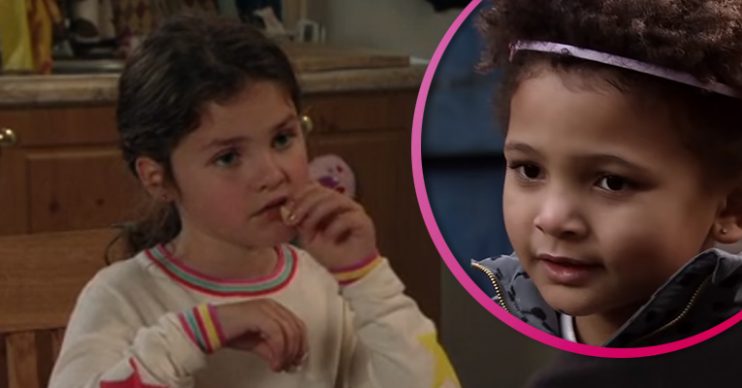 Viewers of Coronation Street have gushed over ‘too cute’ behind the scenes picture of young actresses Isabella Flanagan and Macy Alabi, who play stepsisters Hope Stape and Ruby Dobbs.

In the picture the girls are posing in their animal costumes from last night’s episodes (January 29 2020).

One wrote: “Too cute, such great actors.”

A second commented: “Too cute.”

A third said: “The girls are so gorgeous. Great actresses.”

Isabella’s siblings William and Amelia are also actors who have roles in ITV soaps.

Their dad Chris recently paid tribute to Amelia six years after she was cast in the soap.

The Flanagans welcomed a new family member a couple of weeks ago, a puppy who they called Daisy.

Despite being busy actors, the three always seem to have time to spend together.

The children also appear to be great friends with Macy. Before Christmas Isabella and Macy enjoyed a night at the theatre.

Currently Hope is at the centre of a storyline where she recently discovered live-in tutor Jade is her half-sister.

Jade set up Hope’s mum Fiz, reporting her for abusing Hope when she wasn’t.

However, Fiz recently hit Jade over the head and the teacher covered for Fiz, but in return she wants to see Hope.

With Fiz and Tyrone still unsure, they spoke to social services who agreed to assess Jade.

But will they allow her to have contact with Hope?